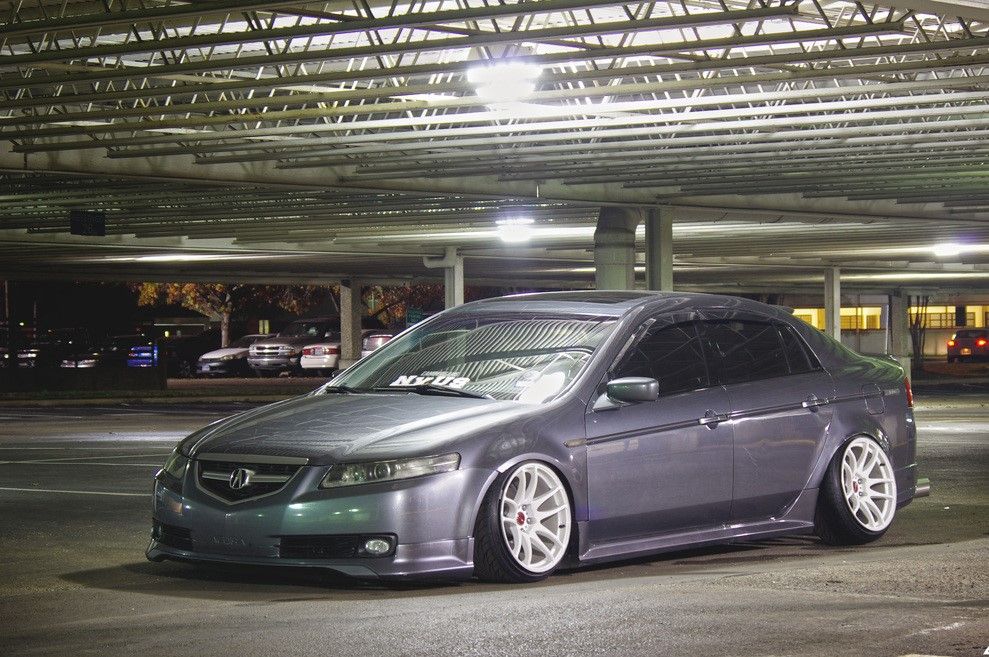 This is the example of somewhat exaggerated in-your-face stance, but you may not notice that at first glance. However, if you’ve seen a typical Acura TL before, you’ll admit that the modification list for this particular car is really dope. 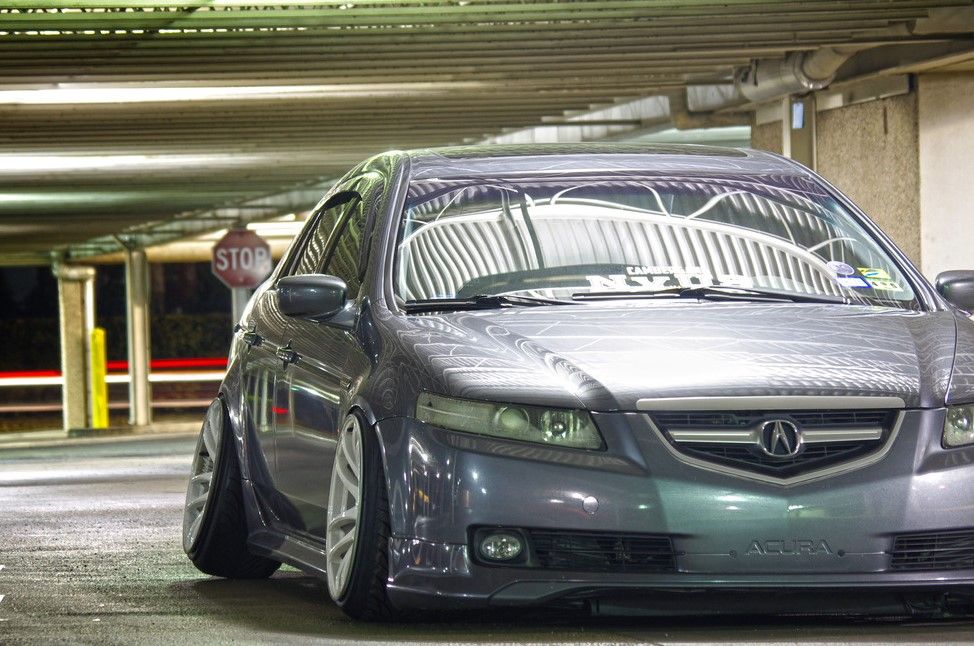 Remember an average Acura TL sedan from 2005? It used to have a truly luxurious interior enhanced by a superb sound system and a pretty good exterior. The auto was crammed with a long list of standard equipment. It was running on a powerful V6 engine and a slick-shifting six-speed manual transmission. On the whole, Acura TL of 2005 was a fine blend of ride comfort and fun, but in comparison with other models produced during the same period, it was losing points. With this in mind, let’s go back to the TL from the pics in this post, modified, renovated, and stanced. 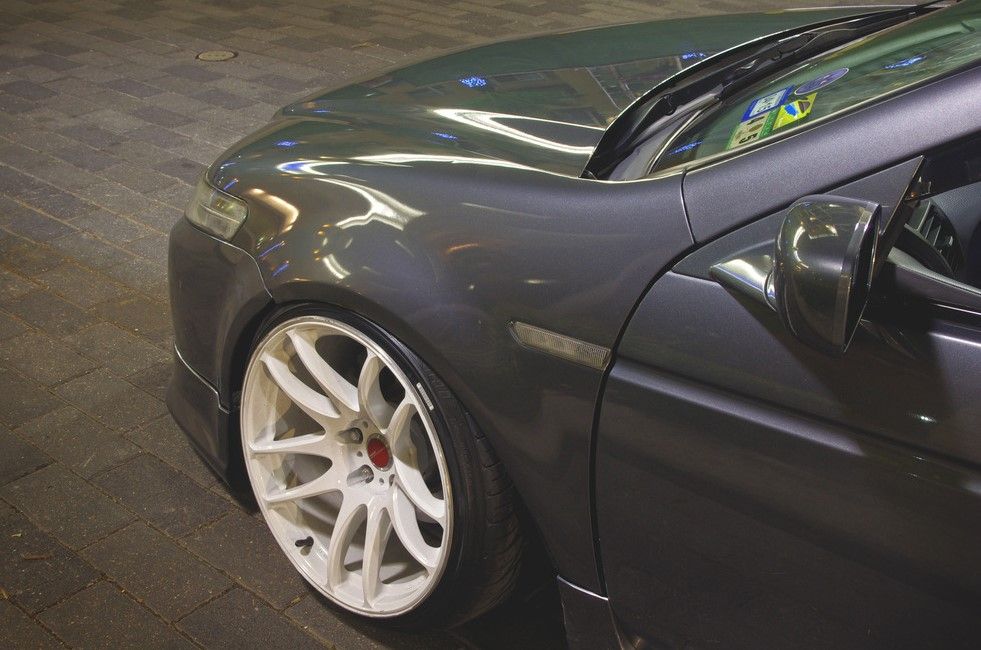 The improvements are kinda obvious. The car looks completely different. It is sleek, stylish, and nifty, and if you haven’t seen Acura from 2005, you’ll never guess that this is actually the Acura from 2005. 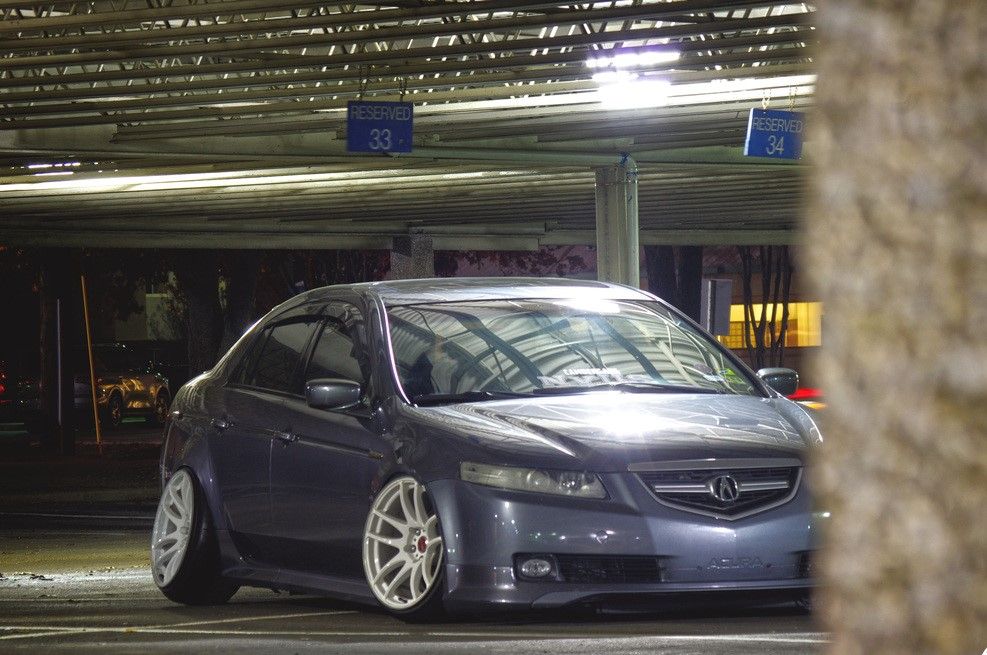 Surely, a positive camber angle on this stanced Acura improves grip when cornering, but we’d give it a few extra points for simply looking swag. In general, the wheels in this car are stunning. These are Work CR Kiwami with 18×10.5-10 in the front and 18×10.5-23 in the rear. 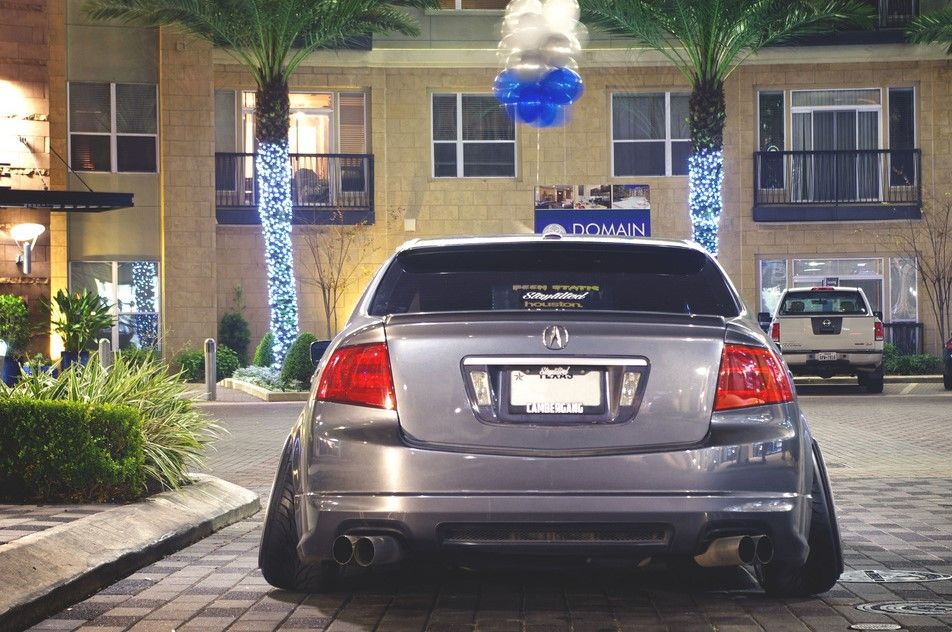 Another peculiarity of this Acura is its low suspension. Heard that joke, “my car is so low I can’t use it”? Well, this automobile is close enough. With a BC BR Type Extreme Low Coilovers, 22k/26k Swift Spring Rates, Modified Skunk2 UCA, and a Rear Ingalls Toe/Camber Arms, the TL basically crawls the streets. 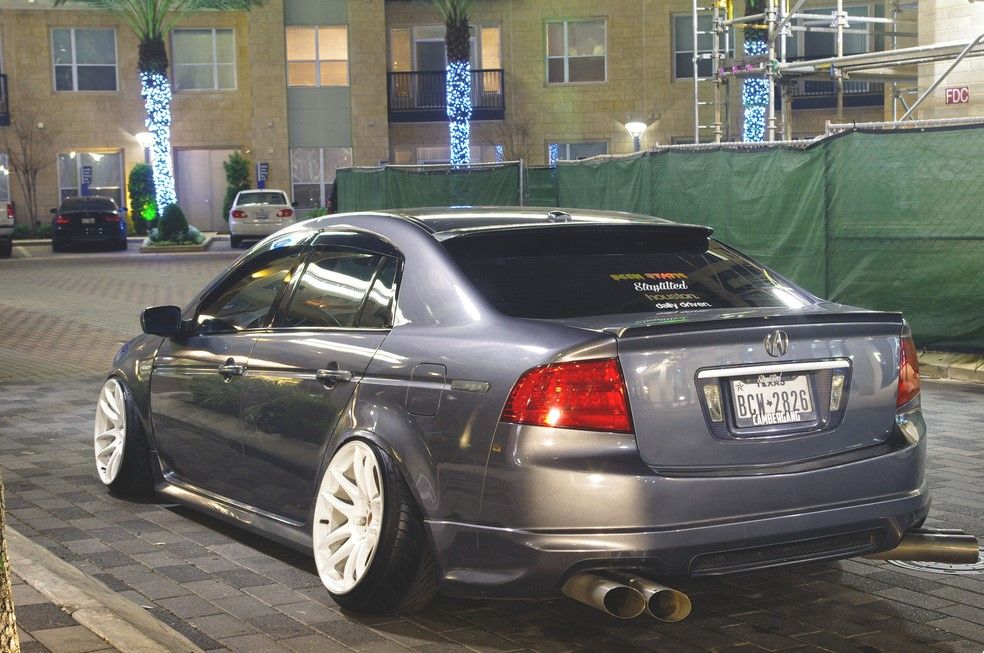 The exterior has also been modified in many places. The car has the front lip and side skirts installed from A-spec package, and a Type-S rear and deck lip. Also, it has a blacked out OEM headlight housing with clear side marker. The final touch to the exterior is an ATLP v2 roof spoiler. 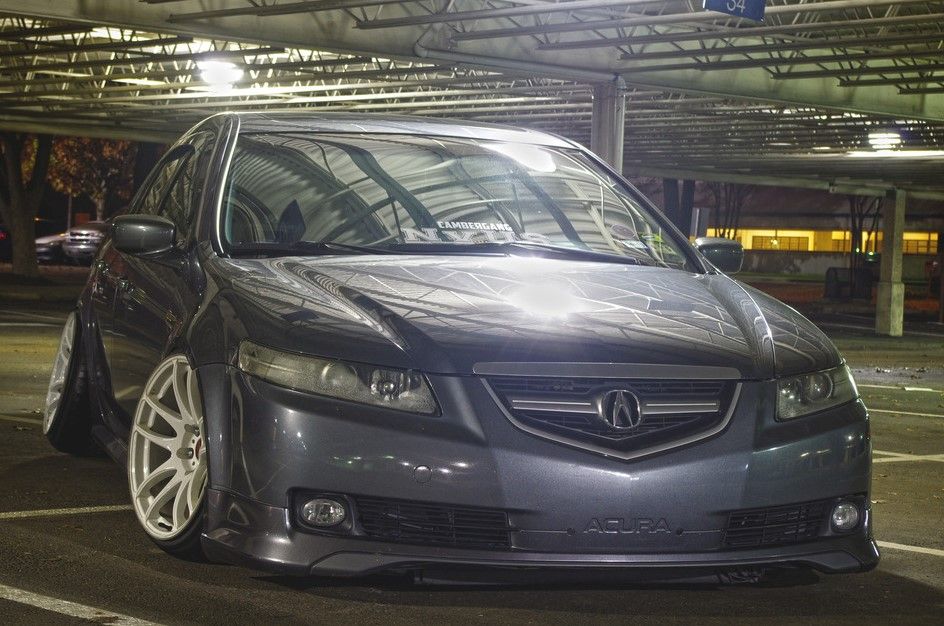 The last thing that inevitably catches the eye is the RV6 straight pipe with 3″ quad tips. It is literally sticking out of the car’s body. It’s very hard not to notice such detail, and most importantly, it really enhances the performance.

This car has got the looks, and we love it. Let us know what you think about it.