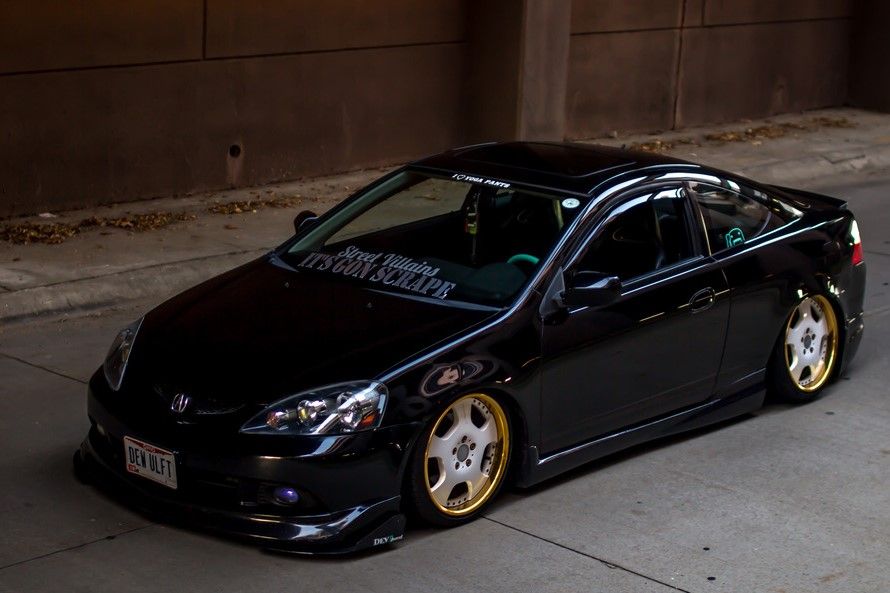 Once we saw this auto, our reaction was like: “Well, this is intense.” Was it a Maserati leaving from around the corner? I mean, the vibe is so strong that you can literally feel it through the screen. This stance proves that one can’t go wrong with a black and gold combination.

Buy Accessories for Acura on Amazon 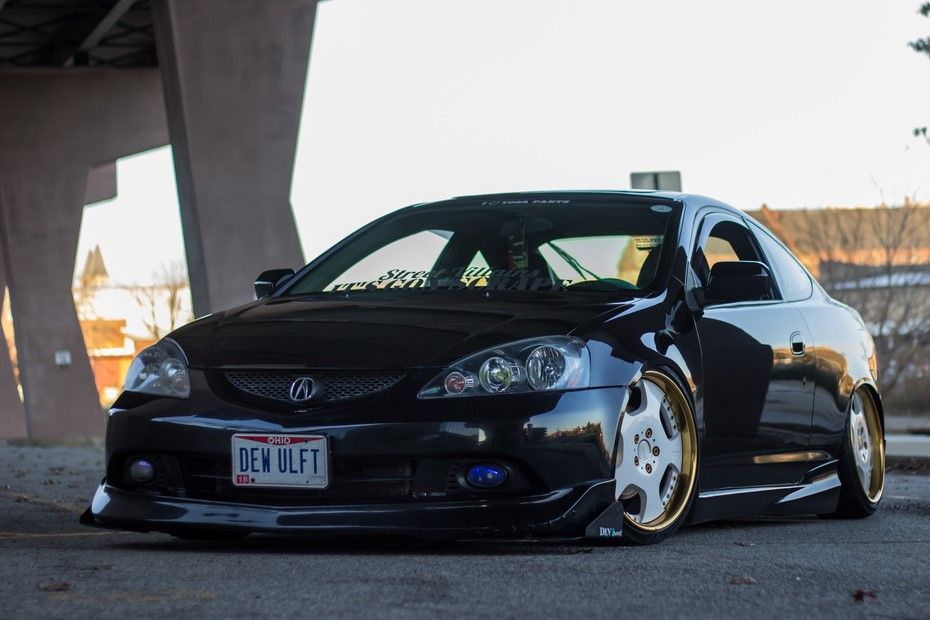 The king of this royal car is the guy named Brett. He bought this auto at an auction with nothing done to it. The guy fell in love with this Acura after he drove it home, and we’re not surprised, to be honest. The car spent a year stock, but then it started going lower, lower and lower.

Over the years, Brett put the car through six wheelsets and numerous outings to car shows. Given the history of their life together, one can tell that this guy is a definition of car enthusiast. At the same time, his Acura is either lucky or ill-starred because it’s already been through so much that an average Acura doesn’t experience through its entire lifetime. 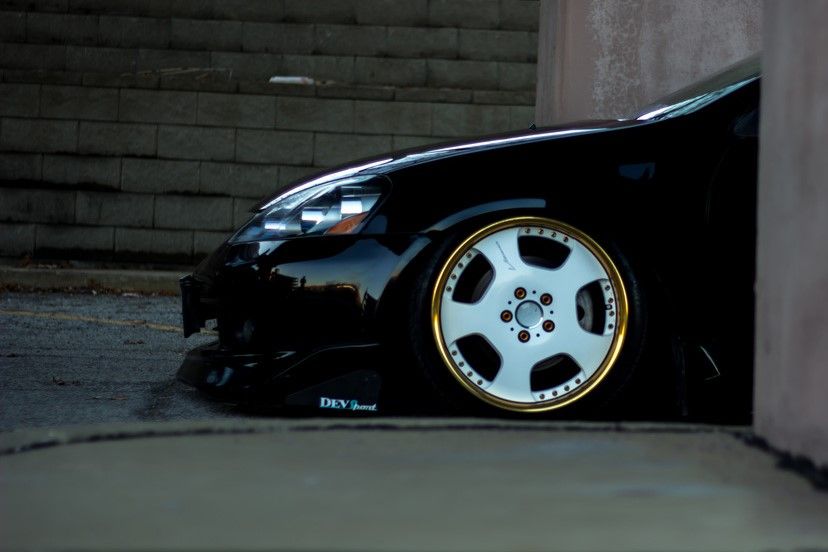 There’s no stopping for this guy as he seems to get sick of having the same thing for too long. Just recently, he peeled the dip off and decided to sell his Klutch wheels to get a killer deal on the brand new set. Currently, he’s rocking or SSR Vienna Dish III’s (18 x 9 + 20 in the front and 18 x 8.5 + 20 in the rear). The suspension in a condition as you can see in the photos is ensured by the Airforce Air Ride system and Ingalls Camber Arms and Bolts. 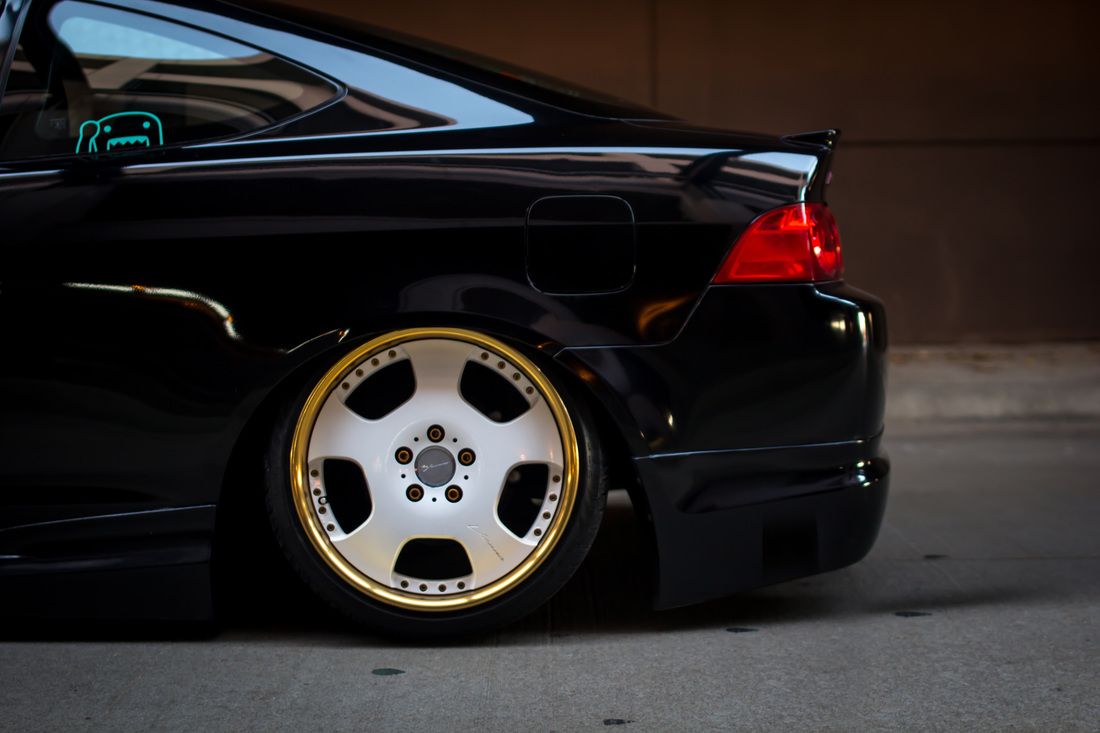 The supreme exterior of this RSX is due to many things. For now, Brett decided to go for Autosouce Mugen Front, Rear Lip & Side Skirts, and Devsport Winglets. Naturally, the lights couldn’t stay the same, and Acura got the brand new OEM Fog Lights, Yellow Nokya Highbeam Bulb and Running Light Bulb, as well as Retrofit HID Kit. 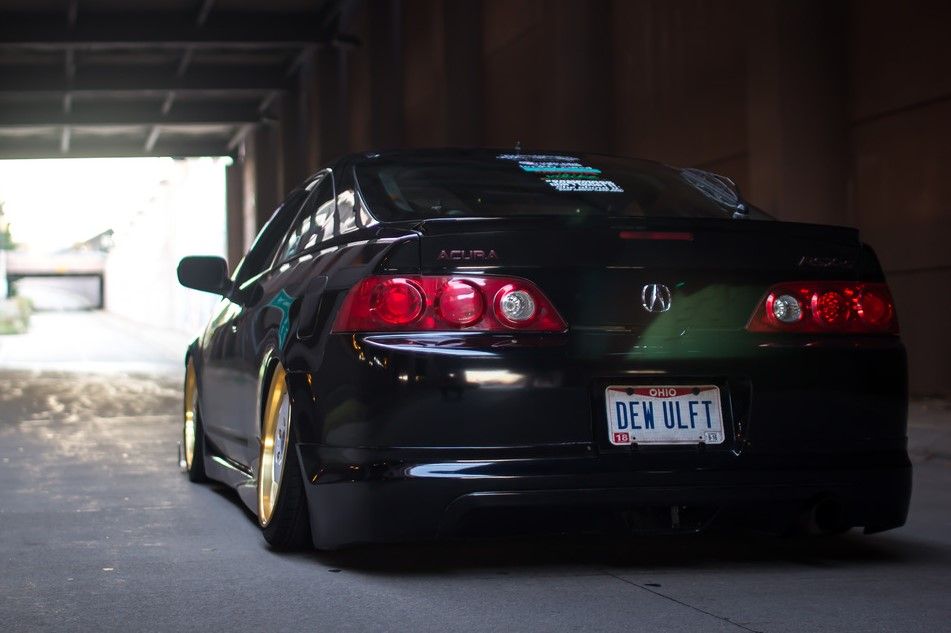 This RSX slays in looks, but its owner is one of those guys who believe that it’s only when you first meet a car that you pay your attention to the looks. Later, you judge it by the performance. Probably, with this in mind, he installed the Energy Suspension Bushings and Motor Mount Inserts, Hondata KPro system, Skunk2 Pro Series Intake Manifold View on Amazon, 3″ Straight Pipe to Upswept Magnaflow Tip, RDX Injectors, as well as had the vehicle street tuned.

All in all, we fell in love with this car just like Brett did. While the guy is planning the next crazy modification, let’s enjoy the current look of this gorgeously majestic Acura.