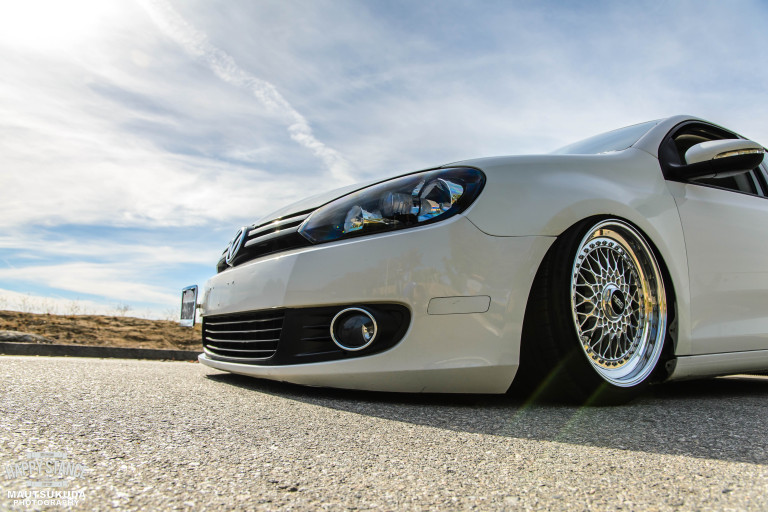 For those of us that own cars, it can get quite a bit boring after a while, riding the same old car every day from home to work or school or to get going for a long drive. That is mainly because, as the time goes by our eyes get so used to looking at certain things on a daily basis that even a newly bought car can look pretty old. Which is why most of the car enthusiasts prefer customizing their cars, so they don’t get bored of the basic look and appearance of them.

When I met this car enthusiast I couldn’t think of a more flawless ride that I wanted to impart to our Happystance companions. It was not just this cool car that ought to have its feature but also about the man behind the wheel. This person did everything himself. From the Candy white paint to the USMC Marpat Camo custom interior, you name it. I would like you to lounge in this magnificence and invite you into the 2010 Volkswagen Golf TDI 6. 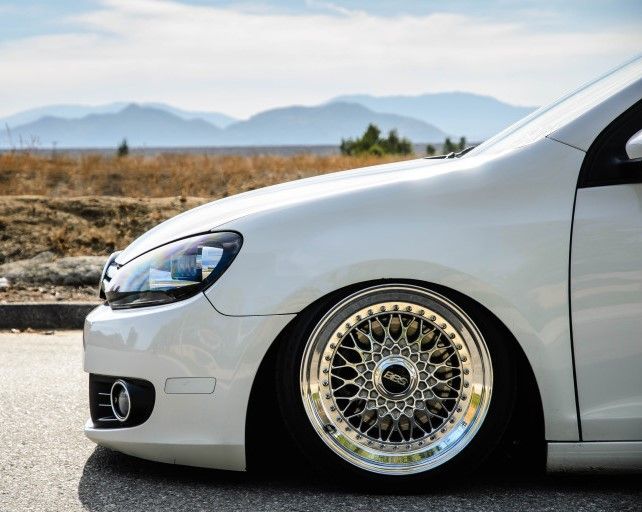 Alex Thomason does not carry on with a typical life like the majority of us regular citizens. He wakes up and takes a gander at his car and heads to work simply like us be that as it may,  while you’re sitting at your desk, working, he is dealing with MV-22 Ospreys. He has been a car lover his entire life, which began sitting in a carport playing with matchbox cars while his father tuned his rides. He would get dragged into every popular car show as all parents do with their own kids, hoping they will love the world of cars as we do.

When he turned 16 years of age, he began to look all starry-eyed at the import world when witnessed the Fast and Furious for the first time. That led him to get a 97 Hyundai Elantra GLS. But he was more enthusiastic about the moto. He got the 2010 Tdi in pre-order and did some minor changes to the tire and then settled on some BB RS’s 17×9.75 all around. With a tad of power and a decent bumper move, they fit flawlessly with his Airlift air ride suspension. He enhanced his car’s beauty by simply installing a stance. If you’re wondering what stance is then to be precise, it refers to the height of suspension and fitment of wheels and it’s applicable to most of the vehicles, especially sports cars. 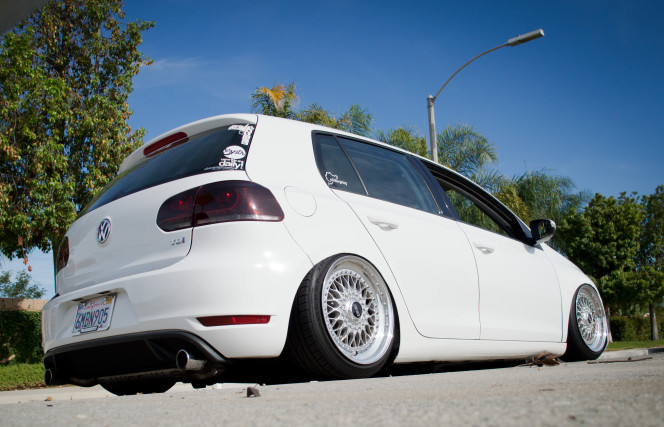 This is only an essence of what he did. It isn’t just about the appearance and the stance to him, he is a rigging head on the most fundamental level so he needed to include an execution chip too. He stayed with the military theme with his ride along these lines. So, the interior is all custom camo with an explosive shift knob. So basically his car looked more attractive than ever. It gave the car a good performance boost as well.

You can give your car sports car look by changing headlight covers, coating with an expensive rich paint-job, tires, and stance. Although, people who stance their cars don’t care about the speed that much, it’s the beauty and the unique look that matter. What’s the point of having a car if it doesn’t look the way you want it to be? I mean you do have the option to change the exteriors as well as the interiors, so why not spice things up a bit and give your car the best look possible, right? It’s not like you’re losing a lot of speed by stancing your car anyway. You will get the speed that goes with the whole appearance of your car. It’s a win-win in my opinion. You get both the look and the moderate speed. 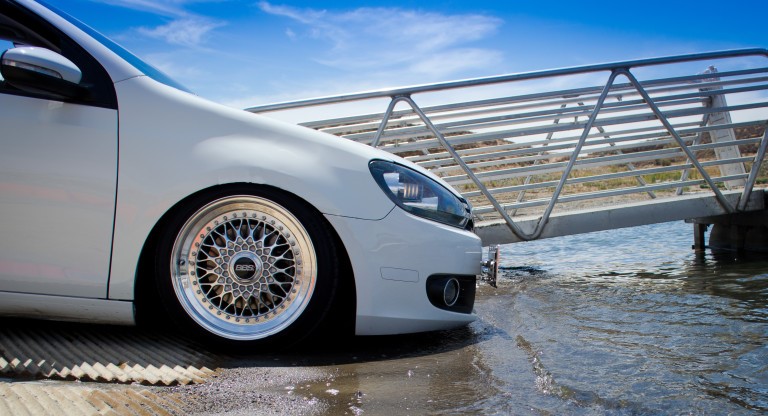 But if speed concerns you a lot then you can install a turbo kit or supercharger kit which will allow you to get anywhere from 30% to 40% more power from your engine. You can also add upgraded fuel pump, fuel injectors, fuel pressure, and regulators. Moreover, you need to upgrade your braking system also according to other modifications.

Take your time to learn more about car modifications and customizations. It’s your car after all. So, of course, you would want it to look the best and without losing much horsepower you can actually give your car a decent performance boost if you know what you’re doing. You can’t mismatch anything here, because stance doesn’t only give your car the best look possible, it also makes it less safe for you to ride on uneven roads as your car’s body will be much closer to the ground. So, try to modify your car wisely according to the practical knowledge and stance away!