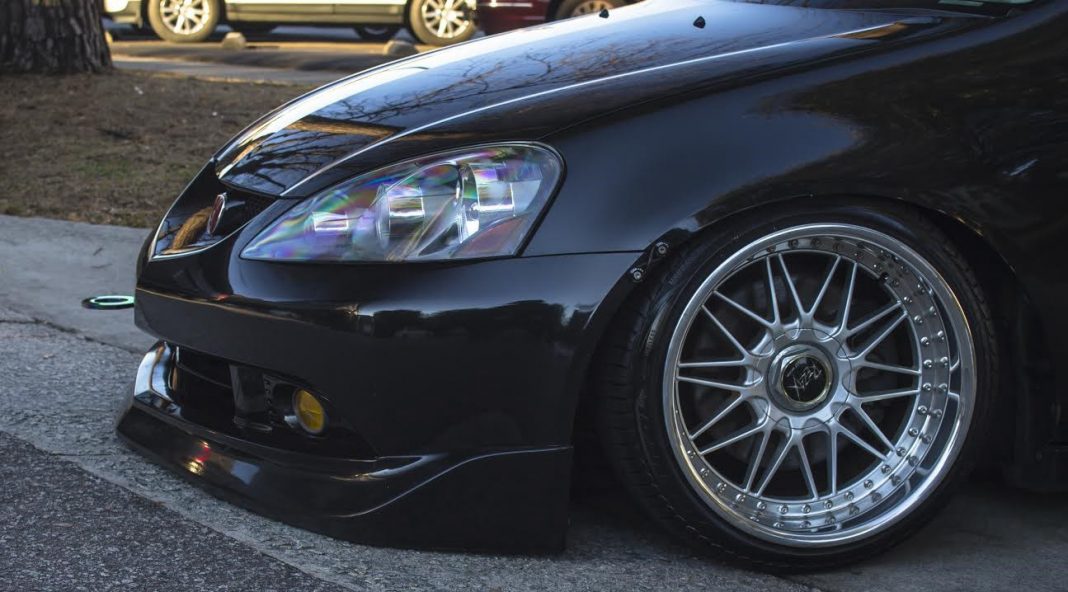 Car modification is a conflicted subject. Not everyone is into it, but many car enthusiasts don’t go with unmodified cars, as it is no fun in their opinion. Stancing a car is like their way of life. Although it comes with a great cost and dedication, stancing is still preferred among most car enthusiasts. It gives a car the perfection a normal car doesn’t have.

You either have a stanced car and you love it to death, or you’re someone who doesn’t want to be bothered by car modifications and likes his ride the way it is. Car enthusiasts who witness a stanced car for the very first time tend to get amazed by the look of it and also confused at the same time. They wonder about a lot of things such as, whether the tires are flat or broken, whether it’s been dropped off its axels, etc. But the main thing that comes to the mind is how does it look so good and does this thing even move? Well, you may have the same questions as well, I mean you are here reading this article about stance after all. So why don’t we cut to the chase and let me introduce you to this gearhead who loves customizing his own car and has a good history of being around stanced cars? It will be much easier for you to understand why some people stance their cars and how it can change the whole experience of owning a car. 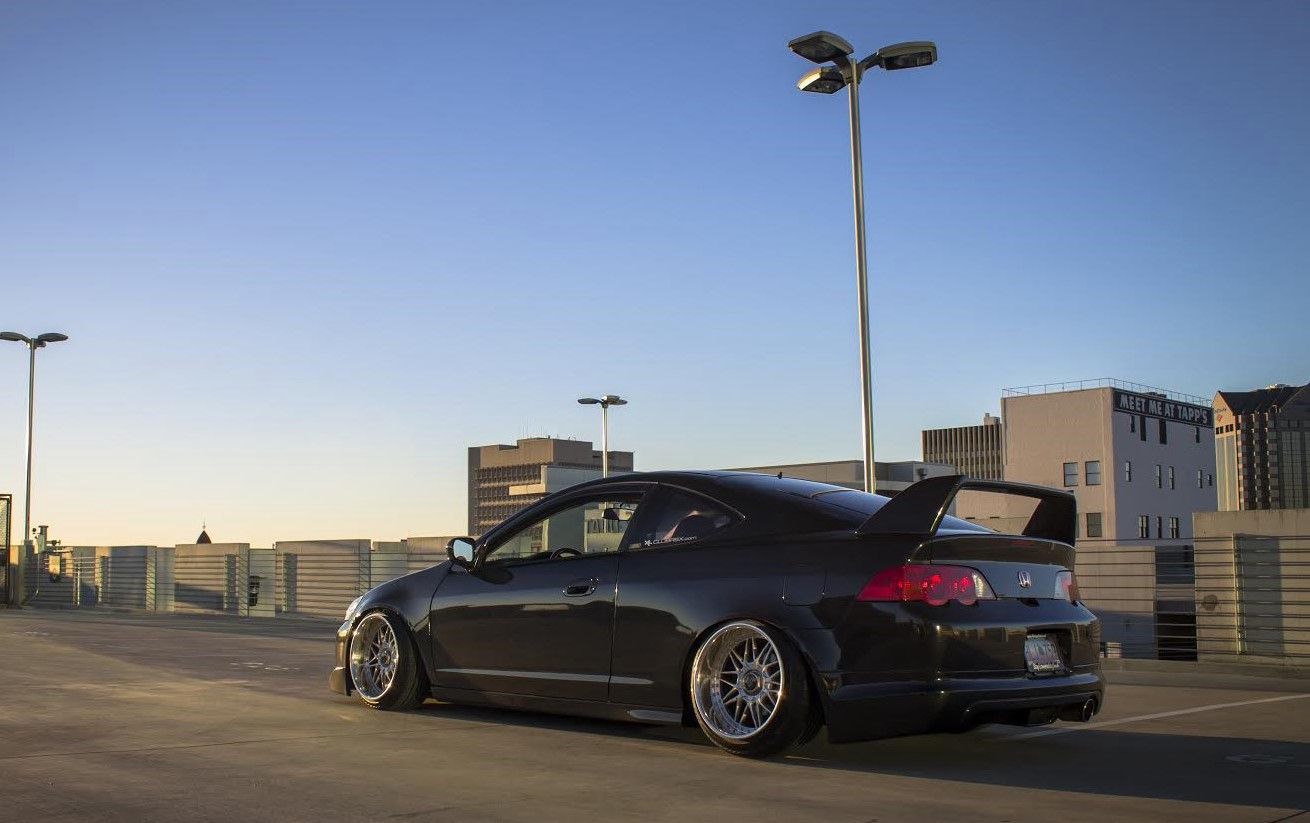 Alex Lovaas is a car enthusiast and he took his time to get into the world of cars. He grew up in Lexington, South Carolina, a place where kids are obsessed with sports. After having a shoulder injury while playing football he figured that he wanted to deal with cars instead, I mean with a dislocated shoulder one can only do so much in the field so why not get a car and go for long drives instead, that makes sense. So, he bought a 2003 Chevy Avalanche and was quite happy with the overall look and performance of the car. But he sold the car after a while and got himself a bone stock 2002 RSX Type S. That’s when he started to modify his cars by adding various different parts to it. After a few weeks, he upgraded to a 2005-2006 RSX front end and had his car painted fresh Night Hawk Black Pearl. And the next thing you know, he started spending more money to stance his car.

He got some 17×10/11 Work Rezax rimx and two sets of tires from a friend. Then with a Mugen lip kit, badges, front end conversions, Type R spoiler, and a new chrome front tow hook he gave his car the first major upgrade. But he didn’t stop there. With every exterior you use, you must have to have something just as good on the inside as well. So he added a Grip Royal Classic Wood Grain Steering Wheel, a pwjdm shift knob, an NRG hub, Buddy Club short shifter box, and quick release, which gave his car a great performance boost. 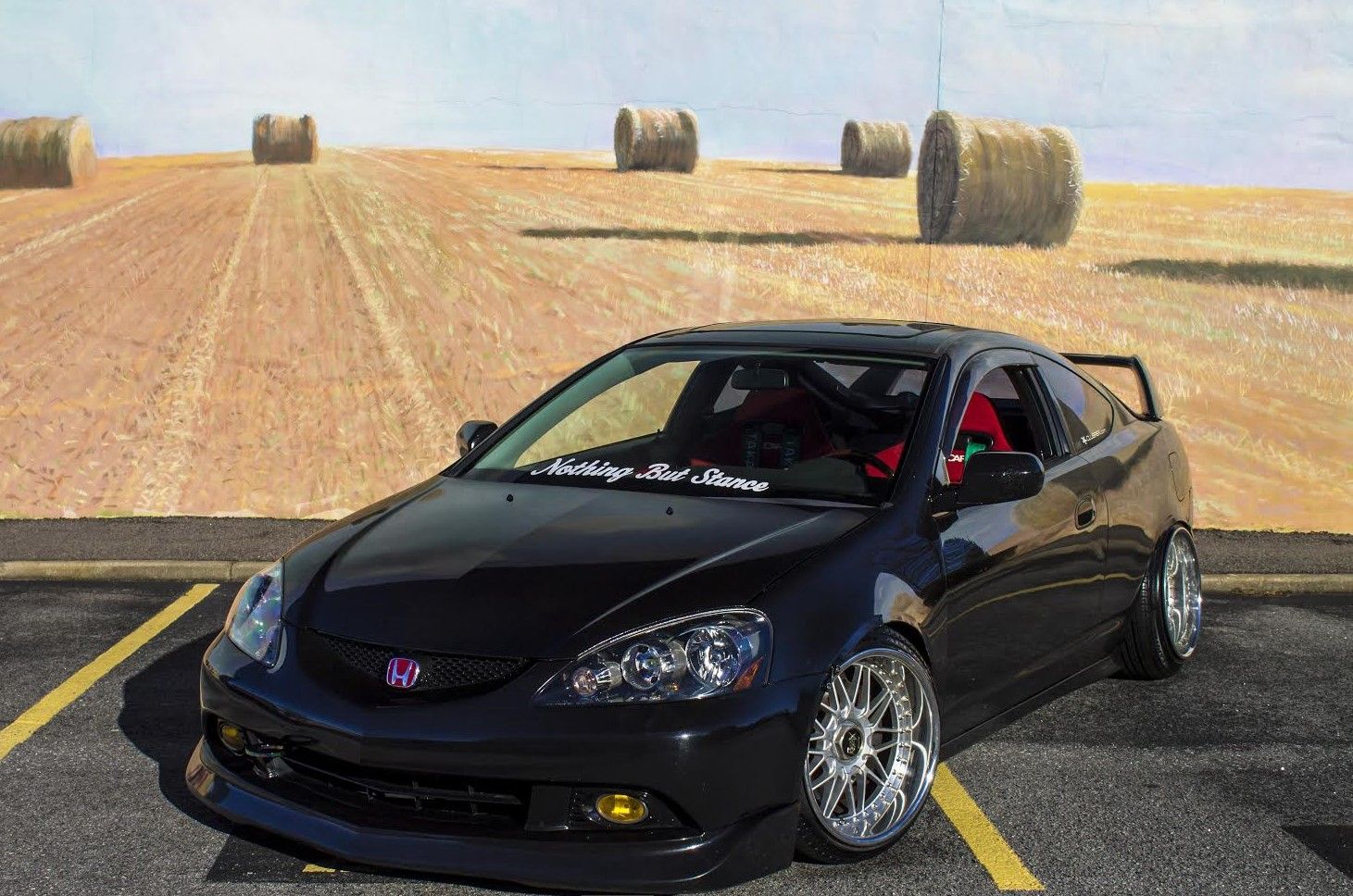 Now he sits comfortably in his DC5R Red Recaro seats with a Double Din JVC Radio, 4-point Takata harnesses, and leaning on the matching red Recaro door inserts. Now his car looks mightier than ever. It’s like all the eyes are on his car wherever he goes in it. He loves his Type S and he still adds more stuff to it daily. He added enough materials to give the car not just a good look, but also the speed it needs to carry him to places.

Every single car you can think of has been stanced by some car lover. Everyone is trying to do something that has never been done before, or just trying to find a car that has not been done yet. Everyone has their own sets of tastes and choices so it varies from person to person. Now you tell me, do you want a car that looks just like your neighbor’s car, or your friend’s car? Do you not wish to ride on a car that looks and feels like yours?  A car that signifies your personality and showcases your taste and enthusiasm in cars? It’s not really a hard job to stance your car. Sure, there are some flaws to it but it doesn’t take away the freedom of owning a car that represents you and your lifestyle. So, stance your car today and get yourself a nice-looking car that you will enjoy riding on in the coming days.