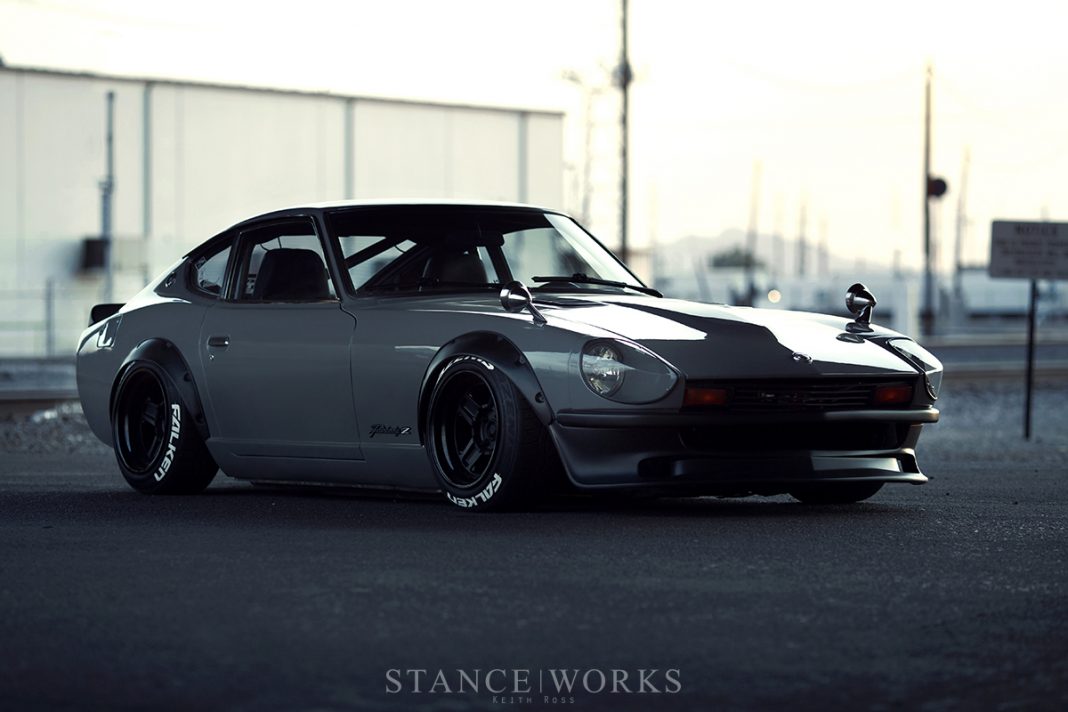 As bloggers of the 21st century, we’re always on the lookout for the best classics in the market. Recently, we came across the 1977 Datsun 280Z project, and we have to admit, we’ve never stumbled upon a model as underestimated as this. Of course, no one gave ear unto the rustic backward model sitting outside in a sale. But good thing it fell into the right hands. The initial condition of the car still didn’t suit a good-hearted drive around the corner. So the team garnished the old chap with every bit of modification they could find. The first to go was the performance parts from the 90’s that wouldn’t hold up against the modern tarmac. Old rear bumpers, suspension, impact bumpers; all of them were removed immediately. Next was the paint job. While the professionals at the body shop sprayed the car with glistening grey pigment, an MS front air dam, rear spoilers, and headlight covers awaited the car’s arrival. However, just as the team was about to swap the engine, they were taken aback by the high performance of the L28E 6-cylinder one.

The interior of the Datsun, though, was in perfect shape. If anything, only the seats and the mats were refurbished, and a retro Momo steering wheel was also installed. The suspension system was a mess, so it had to be replaced with a 15×10 Rotiform RB1. The most surprising part was the Datsun’s use of the new 3p Digital Management System. No car has ever returned the same from the mighty hands of professionals, and as always, once they had their way with the 1977 Datsun 280Z, it came out looking better than ever. The sleek grey finish maintained professionalism and minimalism, and the performance was outrageously overwhelming. Working on the Datsun must have been a good time, and we look forward to see the makeover of other similar models.