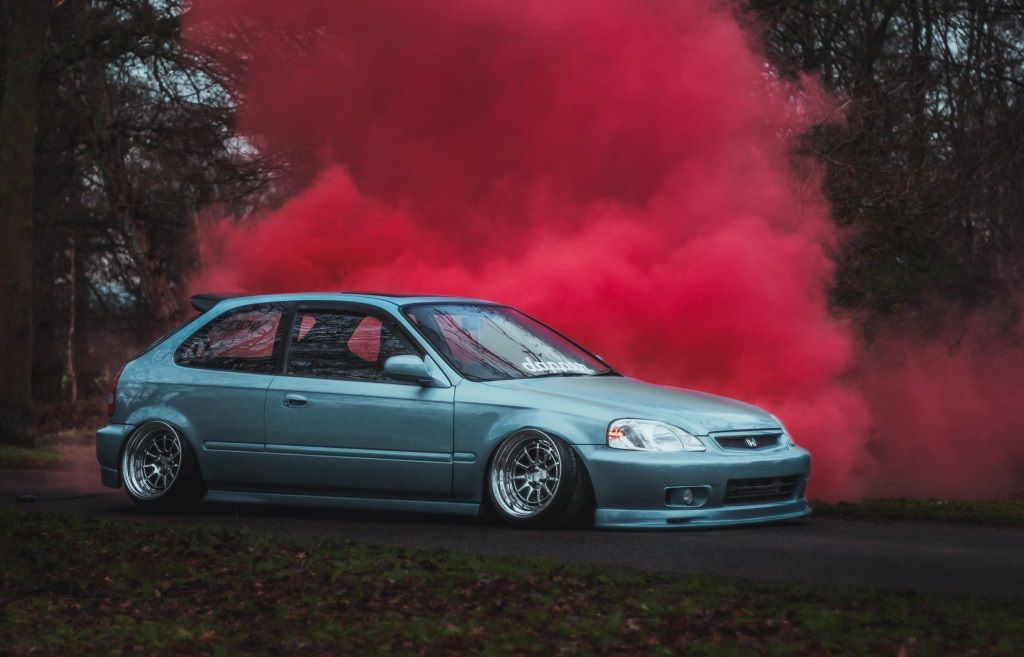 This Honda Civic stance project came from Aaron and Perry. Before we examine the details, it is kind of apparent that the car is astonishingly beautiful. The feature that makes this vehicle stand out from the rest is its Rayvern hydraulic system, which makes the auto go very low when parked. The suspension is accomplished with camber arms from Buddy Club for the front and Skunk 2 for the back. 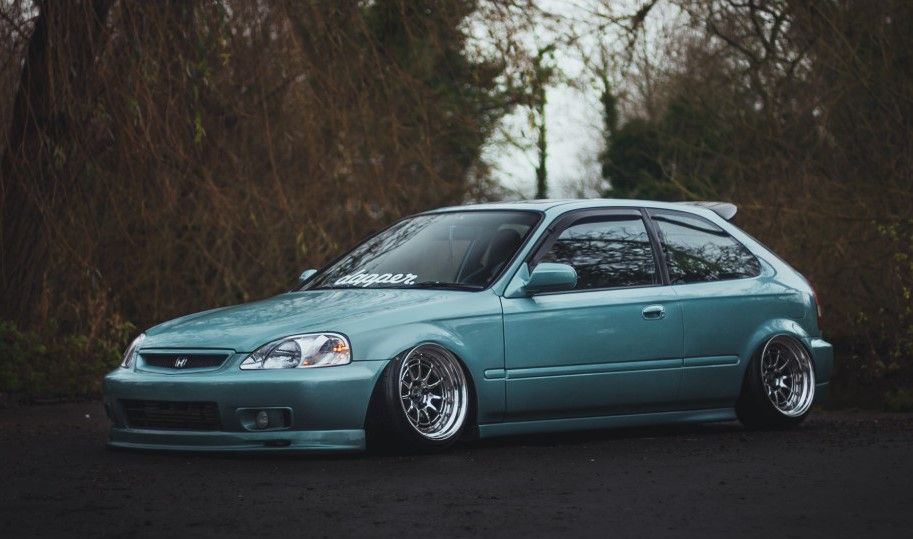 All of this is coupled with the chassis and strut braces as well. Aaron is also running a B18 engine with CCW alloys, while the perfectly-fitted D11L wheels go well with the clean style of the vehicle. Integra Type R 282/262 calipers are installed with black diamond grooved discs that have DS2500 pads from Ferodo. 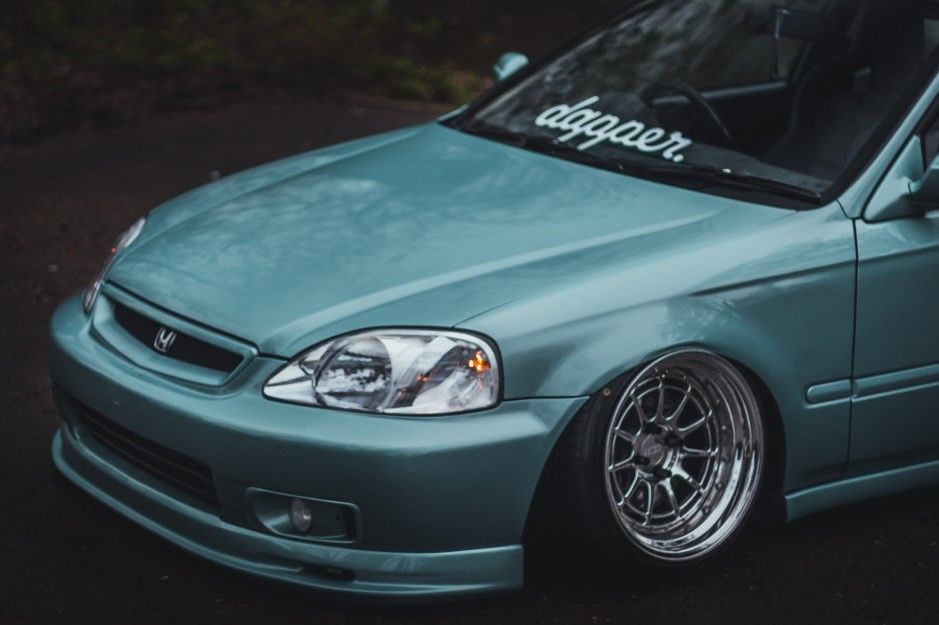 Great speeds are useless without enough stopping power, and this car has them both. It houses a B18C4 engine alongside with the Precession Turbo, and Aaron also did plenty of pipework as well. The exhaust system is finished with the Street Function Garage, while the manifold downpipe is completed by BWR. The blow-off valve and a tail wastegate are there as well. 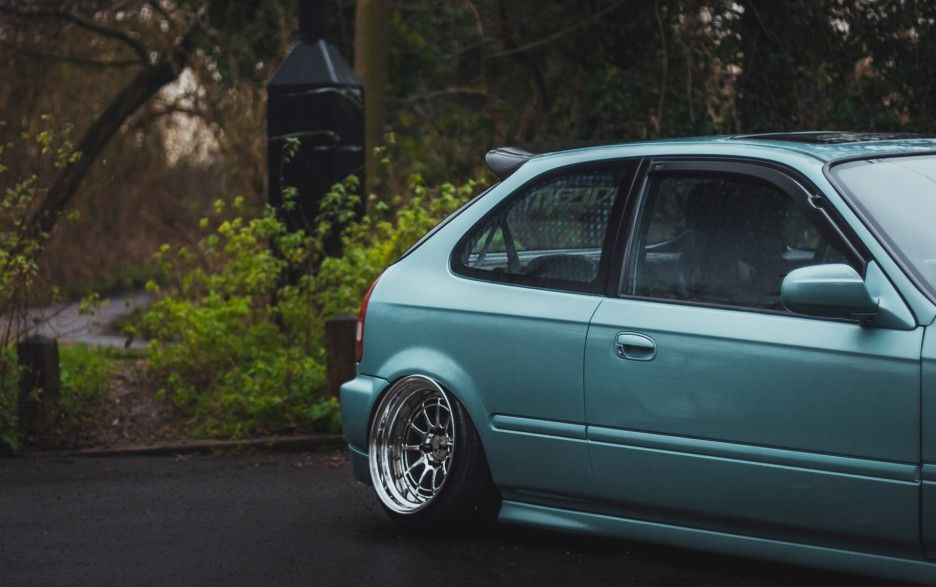 Under the hood, everything seems tucked in well, and due to this, there’s plenty of space in there. The fuel filter, clutch, and brake lines, OEM rocker cover and master cylinder – all have been fitted into a compact space. Aaron also put a stage-4 clutch in the S9B Gearbox with a lightened flywheel from Action clutch. The gearbox mounts have been poly bushed, and you can shift gears with Integra Type R linkage and short shifter. 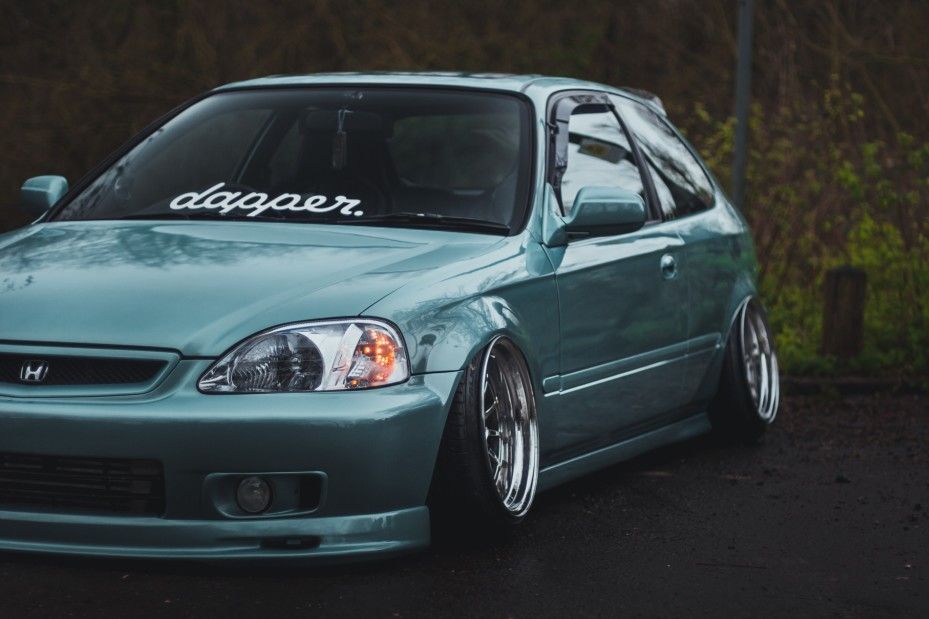 The bodywork on this Civic is extremely clean. Aaron has used EK9 back lip and Mugen front lip. Moreover, he also installed the rear EK9 number plate recess and EK9 grille. Some of the smoothings has also been carried to the wings on the front and roof aerial and the front bumper. The color used for the full paint job is OEM Aqua Mint Opel while the bodywork has been completed with a carbon spoon spoiler. 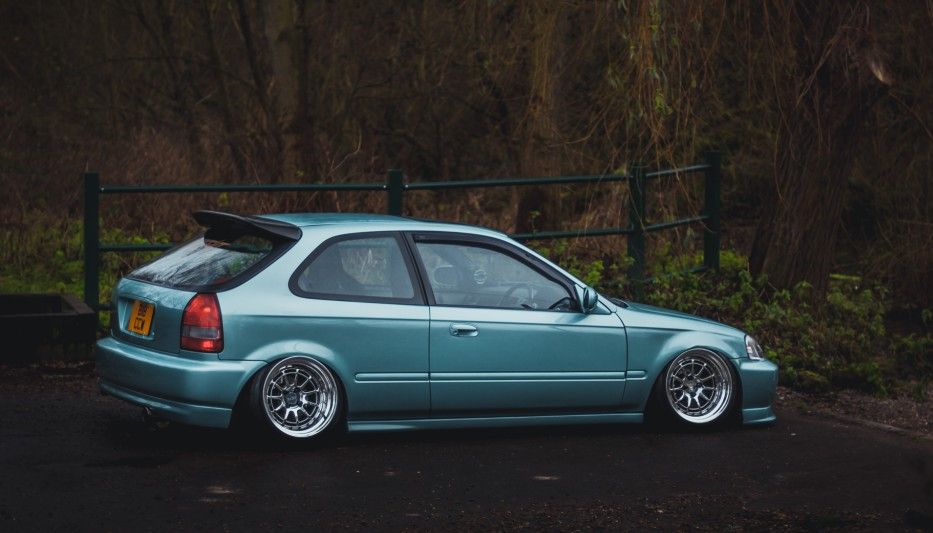 The tail lamps came from JDM while the USDM side lamps are from Bolts-Bolts. Aaron has also emphasized on the interior of the car. Particularly, the seats are extremely comfortable. The front seats have Recaro CS Sportster while the back bench has EK9; everything is custom re-trimmed as well.

The car looks fabulous both inside and outside. It packs a punch in terms of style and performance.