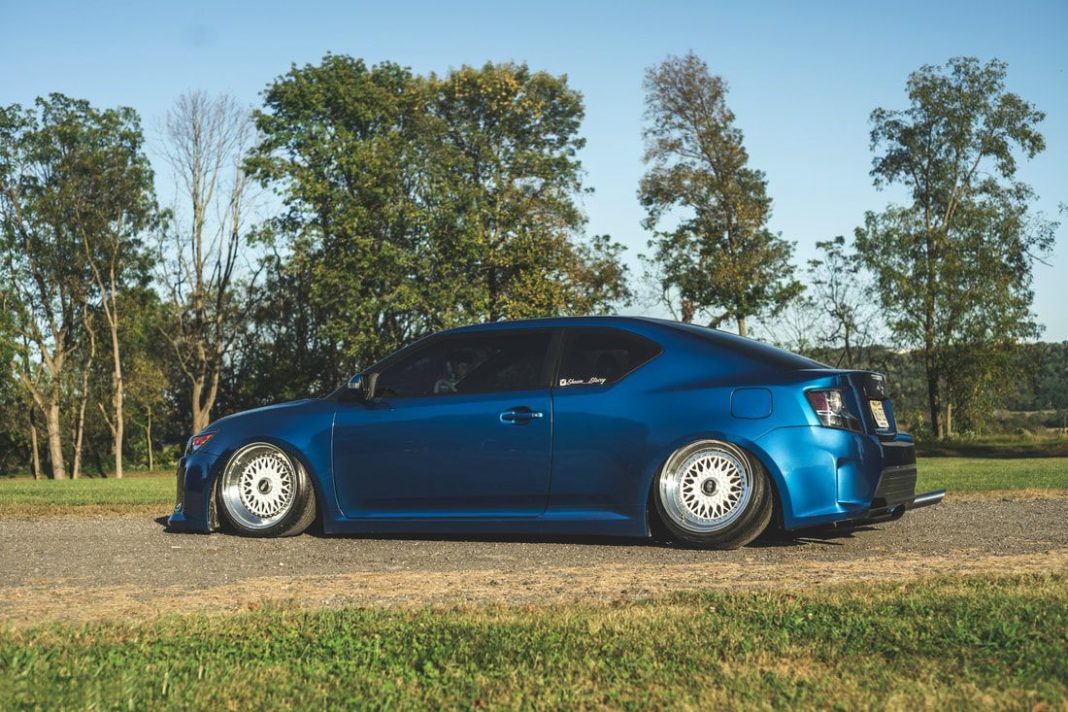 Most of the people consider Toyota as an excellent car maker. Still, they also consider this brand too conventional and too serious, so it’s no wonder that these Japanese models are not much popular among younger generations. An idea to bring Toyota cars closer to youngsters was to create a completely new brand called Scion. Among several models under this badge, TC is probably the most interesting. 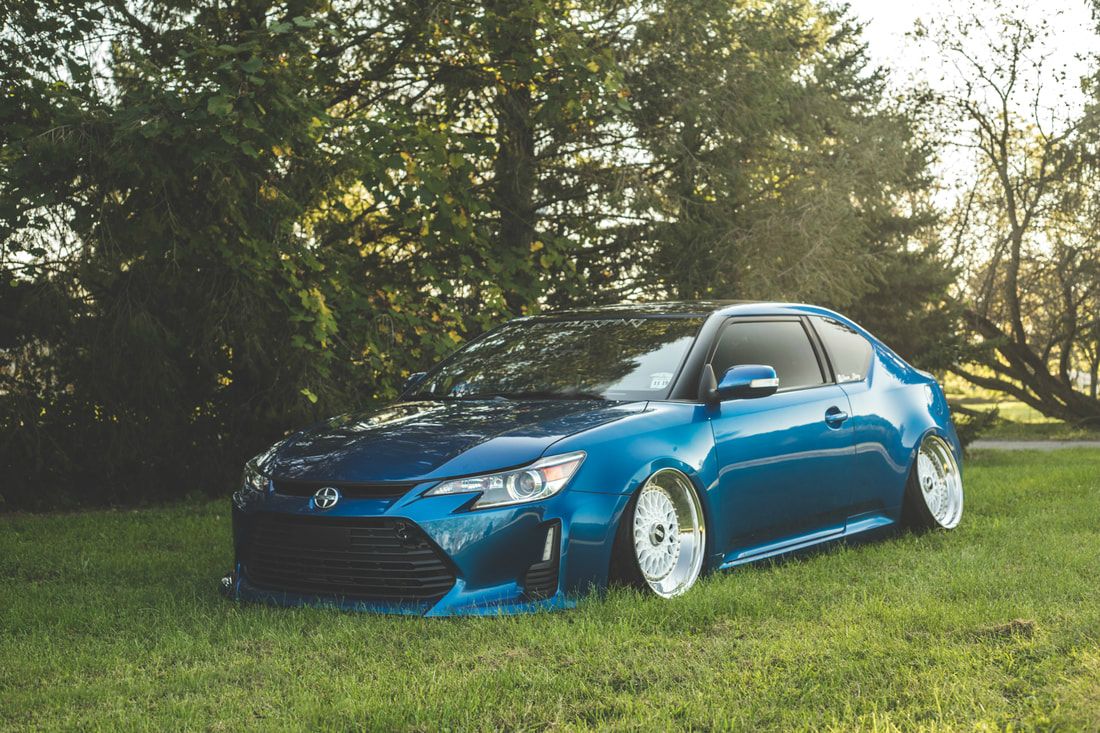 This sports car was originally released in 2004 and we have seen two generations of it. This stance project is based on the 2014 Scion TC, which came with some interesting visual updates. It features a 2.5-liter inline-four engine which is paired with a 6-speed manual transmission and delivers around 180 horses. 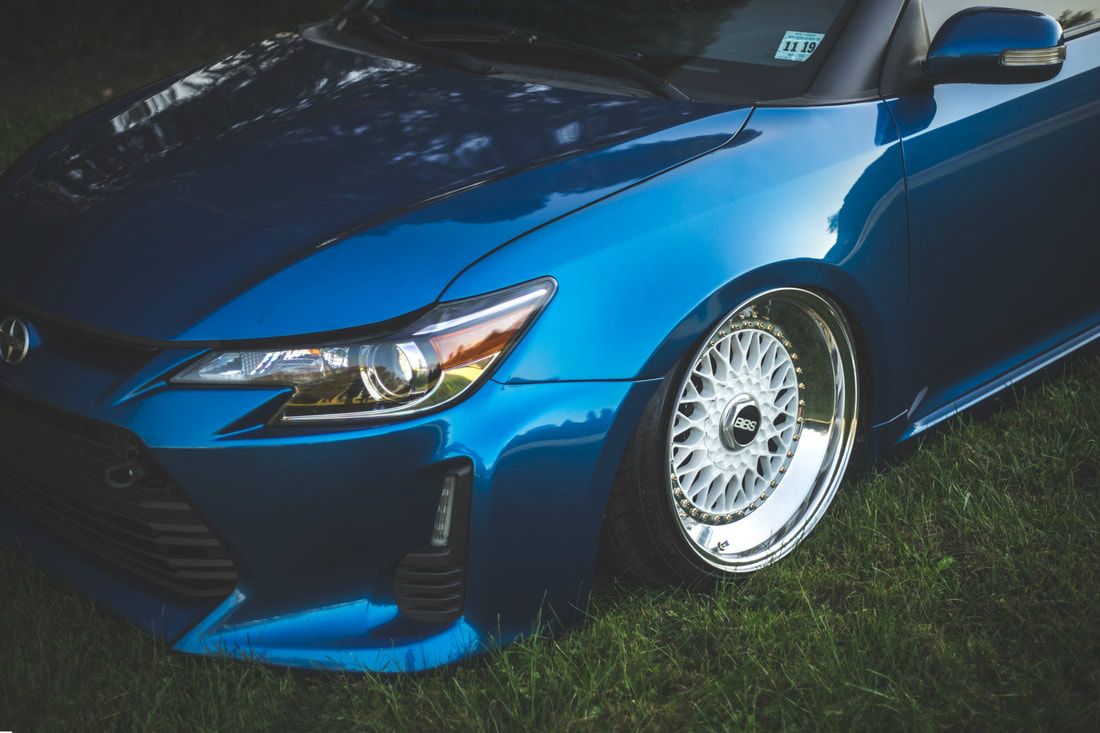 For this occasion, the owner of the car did several exciting modifications. First of all, there are new wheels. You can easily notice the famous BBS pattern, which adorns various sports cars for decades. It is a BBS RS model of the rims, with 18 inches in diameter. Width measures are 10 inches at the front and 11 inches on the rear axle.

Also, there is a new air suspension. It consists of D2 adjustable struts and Digital v2 airlift air management. On the rear end, you can find extended Megan racing rear control arms as well. 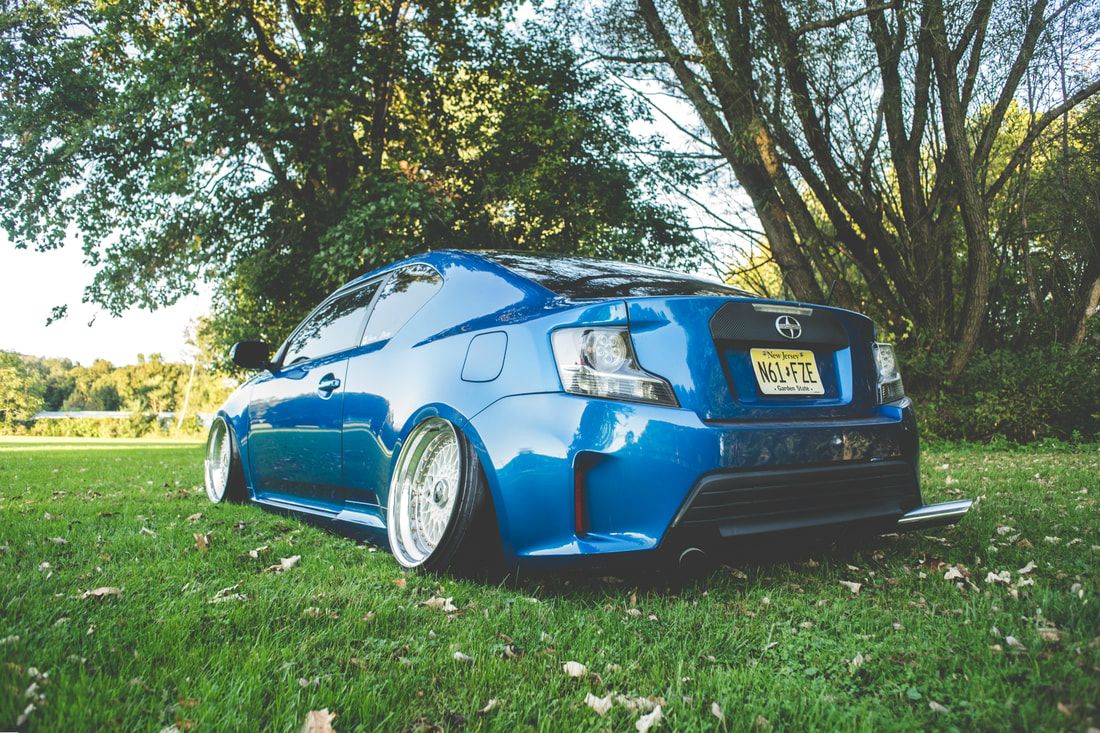 So far, the exterior keeps close to the stock model, though there are several interesting details, including few stickers at the windshield, exhaust pipes, and similar things. On the inside, the most notable is blue splatter all over the cabin, as well as Grip Royal steering wheel. A cool-looking wrench hand-like shifter is another interesting piece in the cabin. 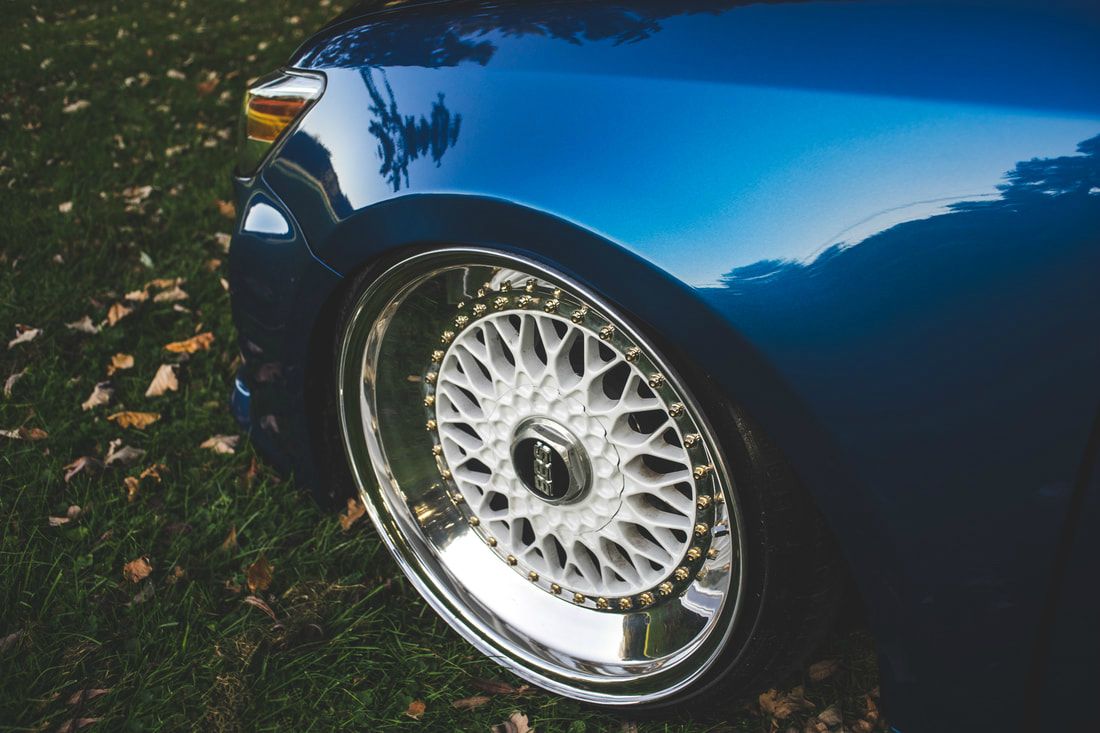 Finally, let’s say a few words about performances. So far, all parts under the hood are original. However, the owner plans to increase the output, which currently goes around 180 horses. The first step will probably be some turbo kit, which will make the car much faster. Among other future modifications, the driver points to various exterior modifications. This will probably include a completely new body kit and maybe even new wheels. 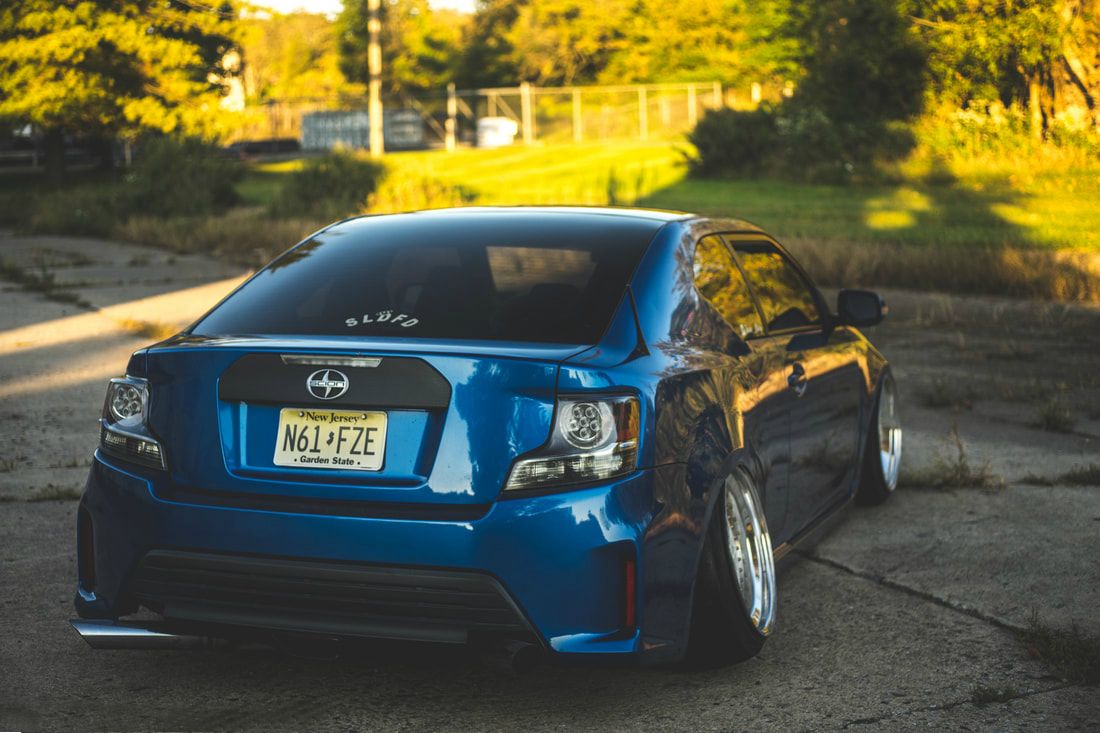 An interesting story about this project is that the owner didn’t even want this car. His first pick was FR-S. However, this car was too small for him, so the choice was on TC.