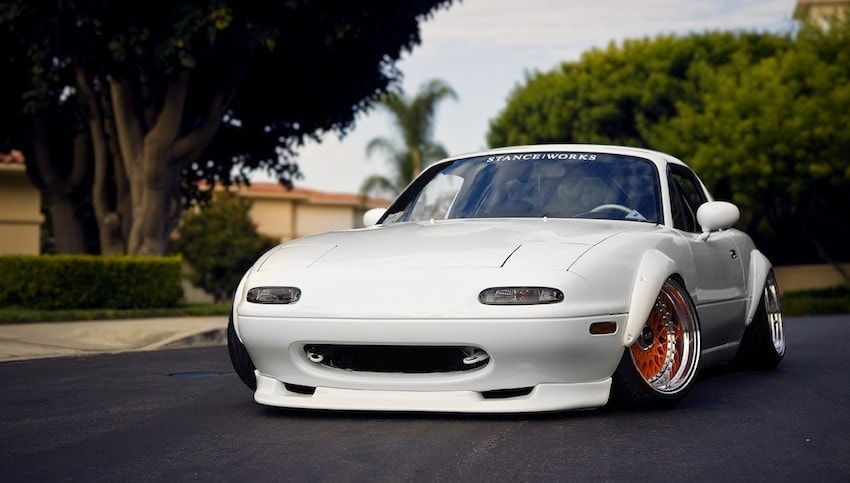 The Stancespice is here to represent you the Mazda Miata or MX-5, which may insist you on revising opinion about tiny, fast, and furious Japanese roadster. By “pushing the envelope,” we are here to discuss this little fury and what she can offer for you. 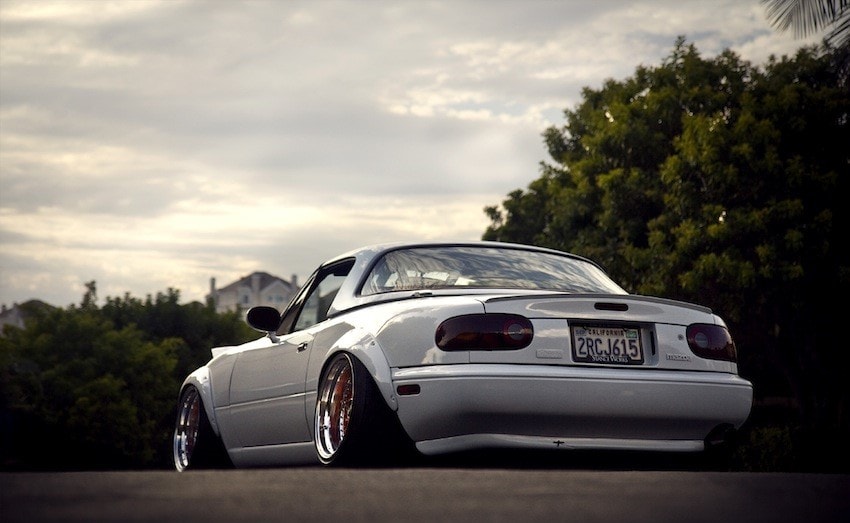 This is Zayan Noyes-Aponte’s Mazda MX-5 on the 9.5 -20 RSs, which allow Mazda to run all four corners and even more. Thereby, this is not a typical MX-5, and we will explain why.

The Mazda Miata or MX-5 is a heritage from Motorsport, raised in British light-weighted roadster philosophy. This type of “small roadsters” is merely spread on the streets, as the only existing Mazda’s protege is Alfa Romero Spider roadster, built in the 1990s. Even though the car has clear feminine lines, forms, and outlook, the most people are significantly confused, seeing how this “little” roadster cruise past them.

Going back to the RSS, it should be pointed out that They are off of Mikey’s white XB, of phaze2 fame and shoehorned onto a Miata. Of course, someone could laugh out of loud hearing that one will try to use these rims, yet, as an old English idiom says: “where there’s a will there’s a way.” 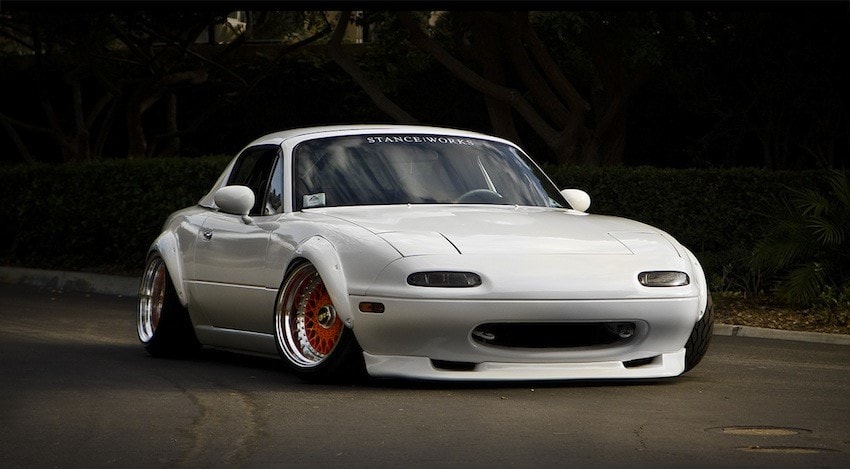 Furthermore, wheels are not the only proud of Mazda. The proper suspension in the form of Tein Flex Coilovers, roll cage, and even a fresh coat of paint made this roadster look stylish and neatly; thus, you can feel its power, aggression, and will to play on the motor track.

It can be noted that this “small wonder” was built by 17 years old car enthusiast, Zayan, who shows that new generation knows and respects standards of stance, as well as, push all limits to set for “next best” for the birds. Nevertheless, the point is that Zayan proved that there is a vast world of possibilities and opportunities to use own creativity and imagination. It can be stated that we all should become more unbiased, open, and free ourselves from the wrong first impression image, as we always should remember the Miata which could.