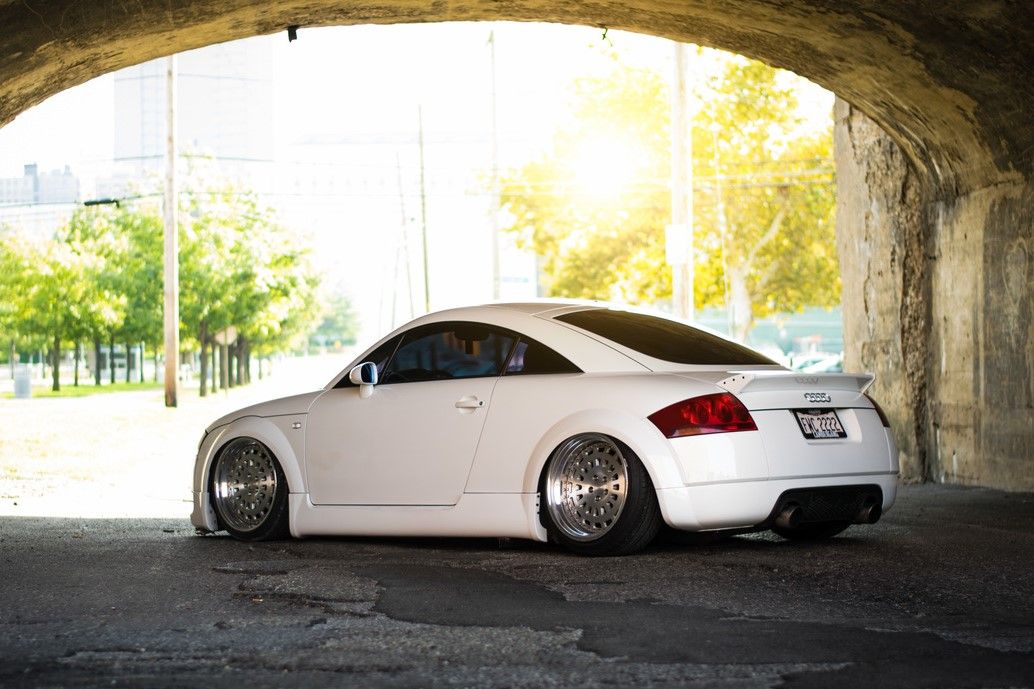 Before Adam bought this auto, it was stock for about a year. Therefore, the first thing he did after the purchase was removing all the aftermarket parts installed by the previous owner and starting the whole modification thing all over again. Adam wanted to change the car his way, and the result turned out really cool. This stanced Audi TT Quattro looks stunning now; we’d not refuse to take it for a test drive, that’s for sure. 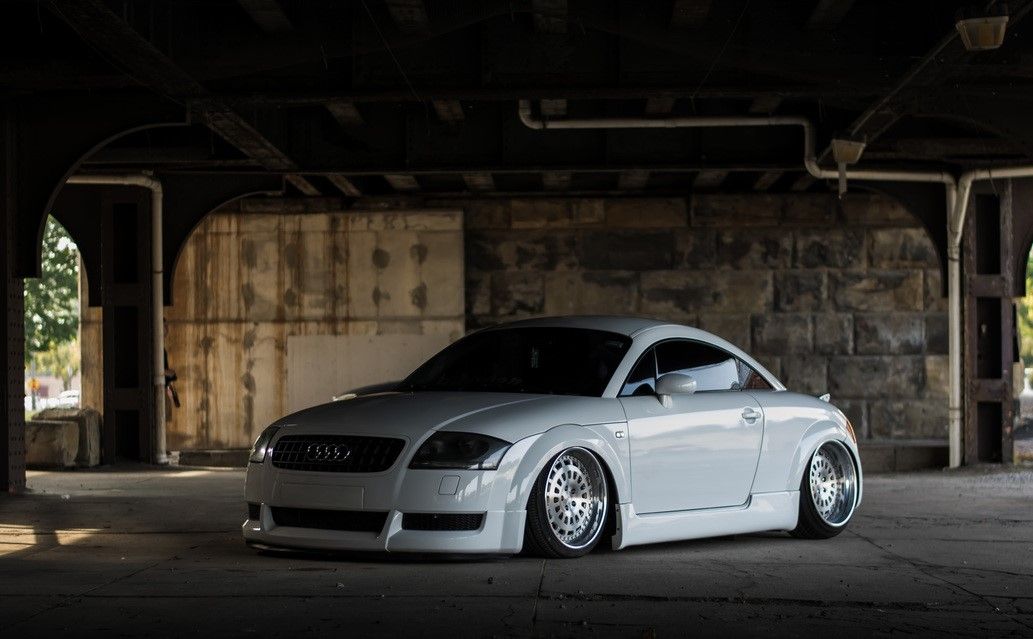 Adam had a clear vision of stance and some pretty big plans as to the modifications. As the guy recalls, he started by ordering a set of brand new OEM parts and continued with the installation of CCW wheels and the air ride (the wheels were later replaced). Next, he shifted the focus to the performance parts (Revo Stage 2, Intake system, PowerTrak Insert 2.5″ Custom Cat-less Exhaust, and Adams Sports II Rotors) and initiated some major changes in the interior (making it look very similar to the OEM red ALMS edition). Later on, he changed the wheels to VIP Modulars VSX210 with 18×8.5 +14 in the front and 18×10 +17 in the rear, which really gave the TT the look he was aiming to achieve. 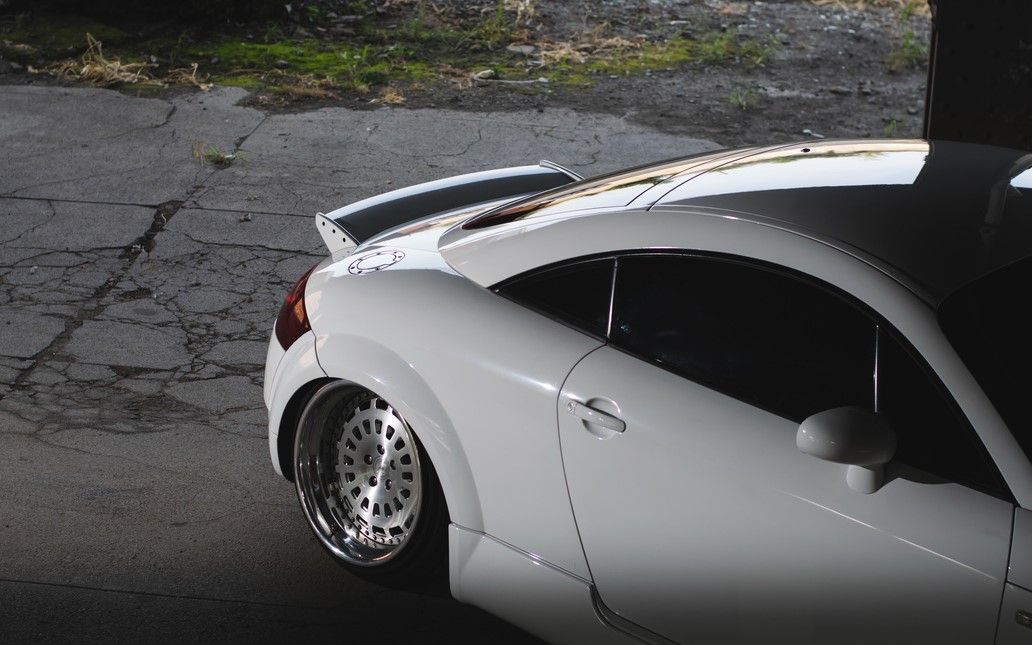 The owner really splurged on the exterior, and we must admit, his investment of money, time, and efforts wasn’t in vain. Apart from the classy wheels, this Audi has got a bunch of other good-looking stuff. Namely, Adam installed Votex front bumper, side skirts, and wing. The real valence and line grill were taken from S Line.

His Audi TT was also improved with the new lights as almost everything was replaced. The car has installed the modified headlights with 5K HID Bulbs, LED DRLs, 43k HID fogs, and Osir lens. Also, Adam decided to get rid of the reflector. The look was complete with the Dodge white respray. 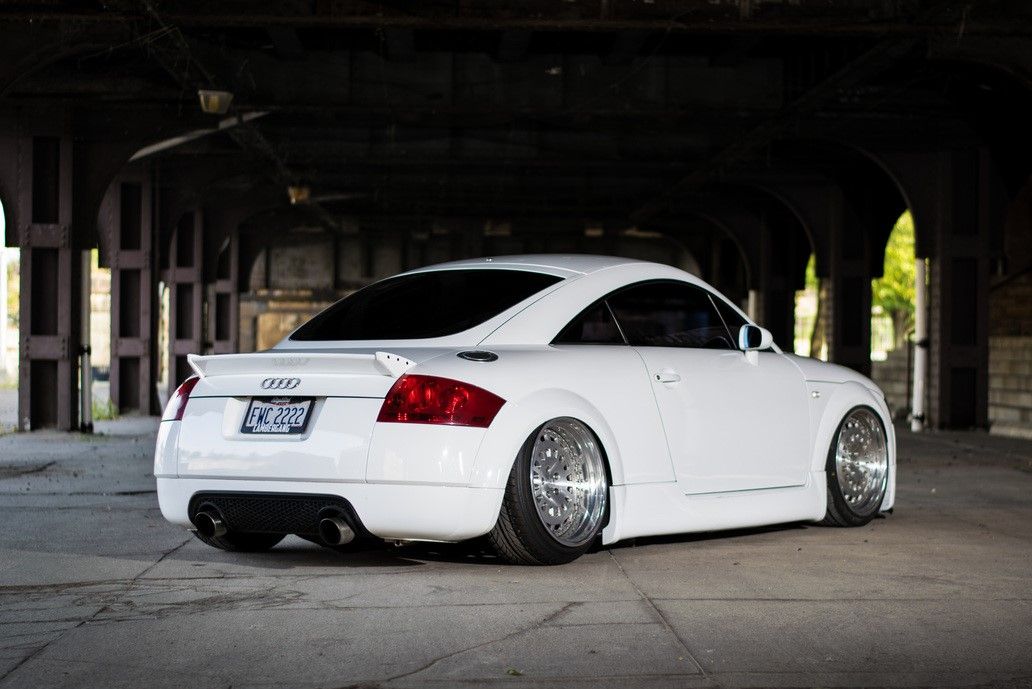 Such makeover must have been tough, and we’re really impressed by the result. Huge respect to Adam for the amount of work that he’s done, this look is sick. Let us know what you think about this Audi TT Quattro in the comment box below.