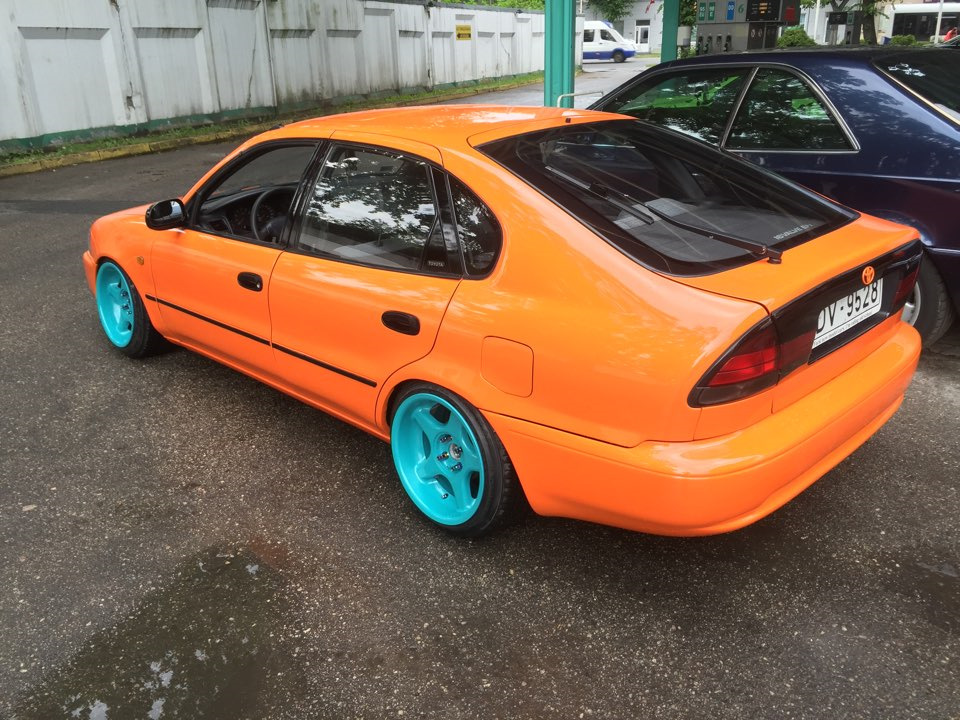 You wouldn’t guess that this Toyota Corolla is only a year older than its owner. The model is in production since 1991, and it had mostly been used a means to commute to work. This particular car is not an exception; it used to be a devoted family automobile for almost 20 years until the new owner breathed a new life into it. 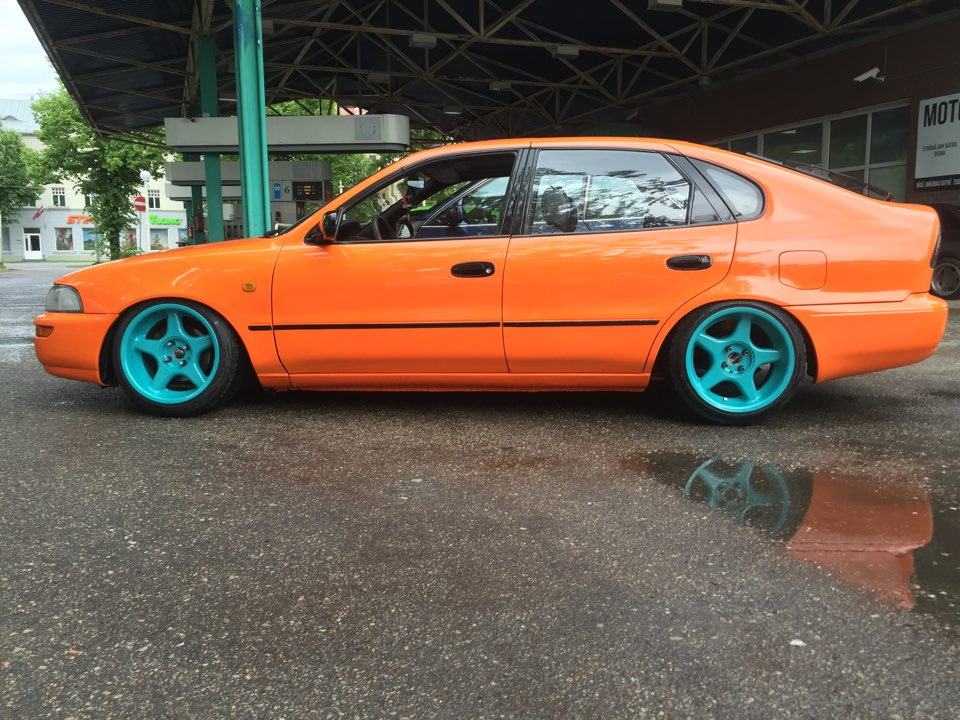 After the stance project, this girl changed beyond recognition. Indeed, we found it hard to believe that an orange beast like this one can be working on 1.3 gasoline engine with manual transmission. However, don’t be fooled by the looks because the list of modifications done to this car does not end with a RAL 2004 pure orange finish and replaced sky-blue wheels from BMW e30. 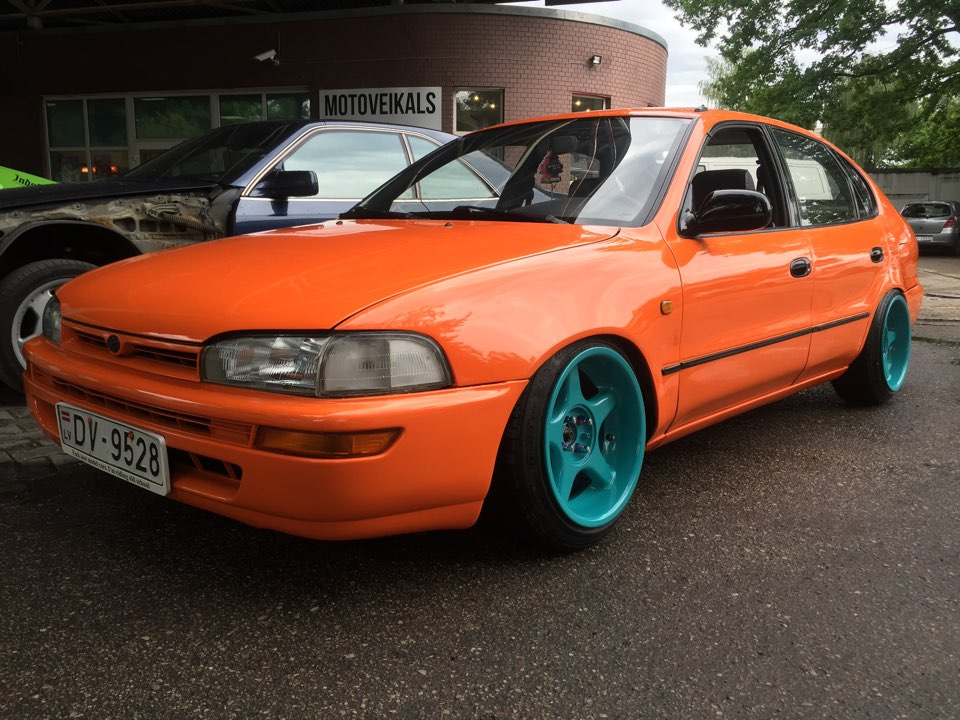 This Corolla has also had the front wings repaired; the two arches from hatchback were cut off and welded to its wings. Corolla’s body was fully restored, cleared of rust, and welded in a few places. The mirrors, moldings, and door frames were painted in black, and a couple of internal parts were upgraded. Namely, the muffler was modified to produce more pleasant bassy sound. 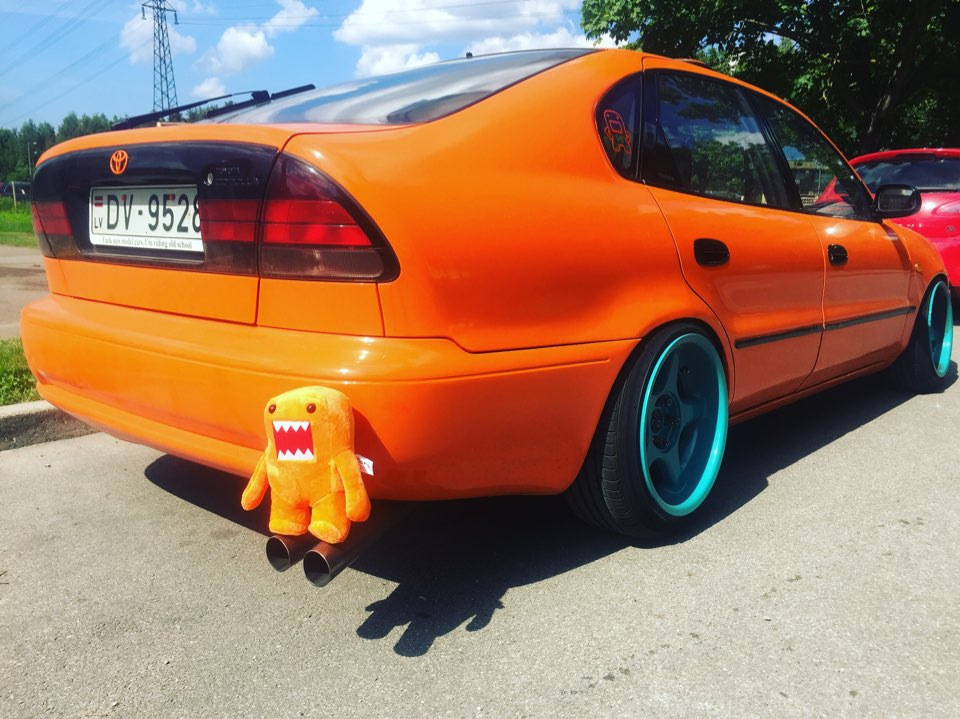 Overall, this Toyota Corolla has gone through an extreme makeover, and the owner is very enthusiastic to improve it even more. 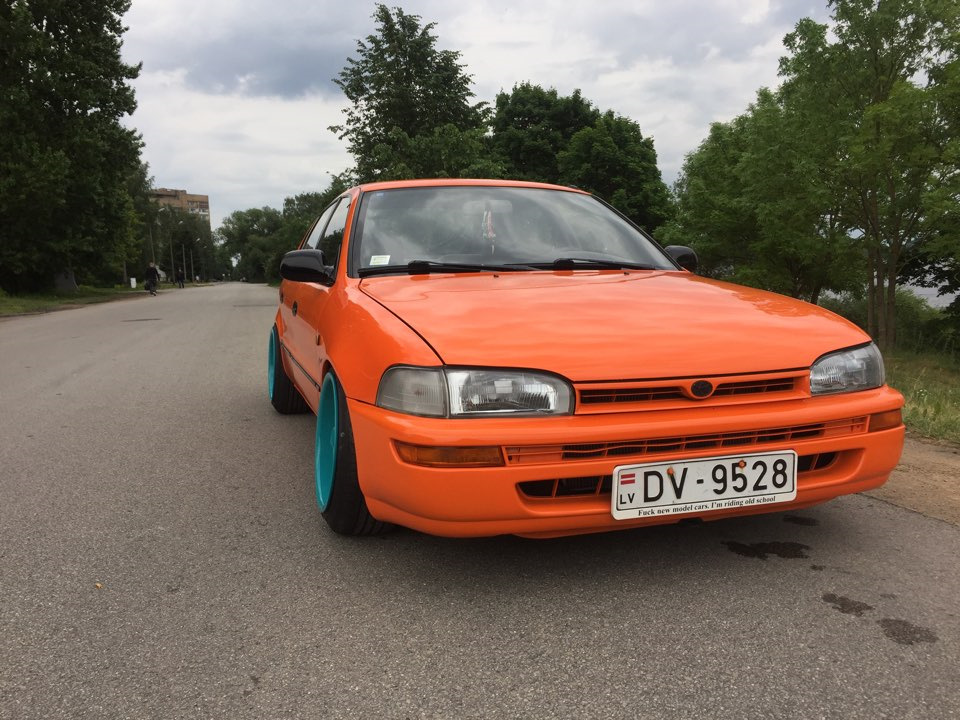