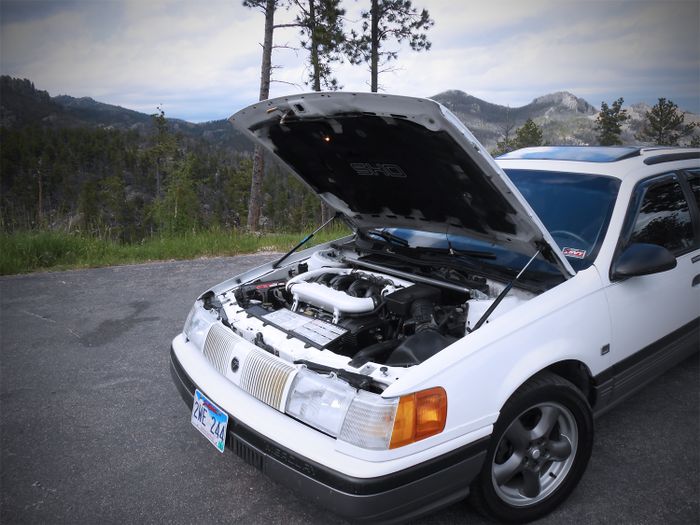 Sleeper cars aka Q cars are basically internally modified cars for having high-performance levels. The history of the sleeper cars goes back to 1950s and the first ever sleeper car was Chrysler C300. Sleeper cars have unassuming exterior and they are similar to a standard economy car. Yet, they surely have a real racing beast residing inside them while looking like a regular street car.

Sleeper cars are the motoring enthusiasts that do not pay much attention to their exterior style. Take Mercedes Benz 300 SEL 6.3 – it was a high performing powerful sedan with a subdued exterior.  Popular from 1968 – 1972, at its time, it was the world’s fastest car. You don’t need to have a stylish looking car that runs fast as well. A sleeper car can be made by taking a boring car- then increasing the horsepower of the engine. Or you can take a high performing car and remove all its performance badges making it look like an ordinary normal car. There are some of the sleeper cars types like:

Pure sleeper: it looks stock but is much faster than stock. It does not resemble a sports car.

Semi sleeper: these are the cars that are much faster than the factory specs, but give away some clues about speed like 1990’s Corvette.

Factory built sleepers: these are the fresh off assembly line sleepers like MB AMG, BMW M5.

An indication of a sleeper car is similar to a well-trained ear. It will have its harsh roar and a typical zzzzz sound, which will rise and fall. A well-tuned engine will have its rhymed purr up to a certain temperature, and that is how we can detect a sleeper car. The presence of a continuous murmuring sound is normal and it indicates the fast cam profile.

Another way of getting a sleeper car (but an expensive one) is to take an Audi RS6 and then replace the body kit as you want to make it your desired sleeper car. There are whole loads of benefits of driving a sleeper car. Some people want to have a high performing cars rather than having stylish cool looks that attract the attention of crowds and law enforcement representatives. Despite the lack of looks, you can still win the race and show others how to drive on the road.

There are many amazingly manufactured sleeper cars of all types till now. We have listed some of the best sleeper cars here, which have topped themselves in the last 25 years;

Popular in the 1990s, it had 280 horsepower and was enough to complete 60MPH in just 5 seconds. It looked like a small pickup truck and power was unbeatable.

A least attention-grabbing car in the American market, Regal GS packed a 259 horsepower.

With a mind-blowing power of 605 horsepower, it had an extremely understated sedan body style.

In 2003, another model packed with performance potential was made public.

Having powerful V12 engine, s600 is quick and packed with a powerful engine.

Many people confuse old with being slow. However, they forget their beauty and standard. Old cars can surprise people as sleepers for e.g. when you convert mk1 escort with a Cosworth engine. Regular car sleeper is satisfying as it has an overall performance without any of trappings. Dream machines like Lamborghini are definitely incredible but there is a lot more to the cars than just driving them. Sleeper cars always will hold a dedicated place in the automotive industry. They don’t look too pretentious but they can prove that looks may be deceiving.